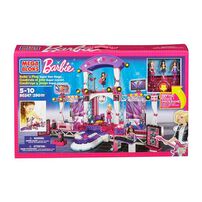 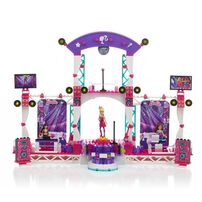 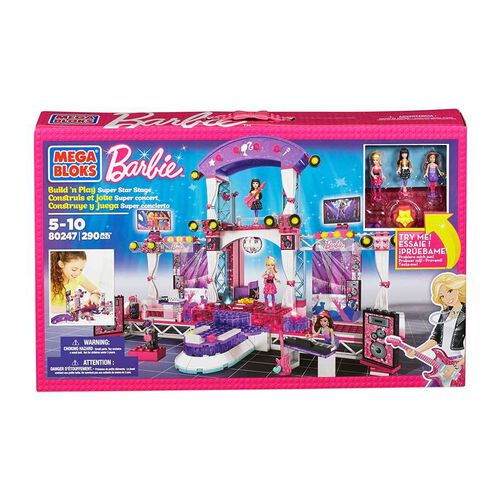 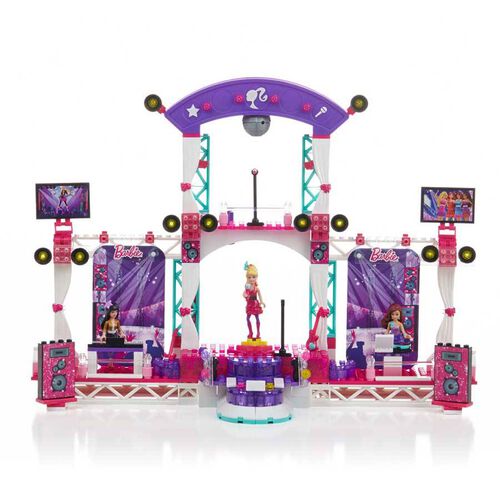 Get ready to rock ’n roll with a packed crowd as Barbie and her friends put on the hottest show in town with the Mega Bloks Barbie Build ’n Play Super Star Stage. Build this huge two-story rock show any way you want with five stage pieces and real concert controls that let you direct the show in two different ways! Mode One lets you start up the real multi-color flashing lights and change between four different songs as Barbie and her friends play their latest hits that will be sure to get all of her fans rocking! Mode Two lets you choose the music! Play or sing along to your favorite songs on the radio and the concert lights will flash and right along to the music! Put on a show filled with all of your favorite songs that Barbie's fans will never forget! Special concert pieces like silver scaffolding, huge amplifiers, glittering blocks and a sparkling disco ball set the mood, while the stage elevator and large video screen lets everyone enjoy watching Barbie perform anywhere at the concert. Hit the lights, check the sound and roll camera as Super Star Barbie, Raquelle and Teresa get up on stage and rock the roof off with a keyboard, guitar and three different microphones.
Product Features

Batteries: This product requires 3 x AAA batteries which are included