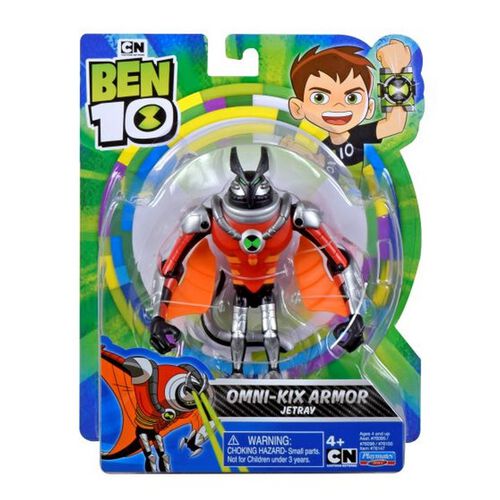 In an attempt to one-up his rival Kevin 11, kid-hero Ben Tennyson returns to the place where he found the mysterious Omnitrix. In the rubble, Ben discovers a previously missed "key" that fits into the body of the watch and kicks his alien heroes up to the next level with Omni-Kix Armor Look out bad guys these armoured aliens are ready for even bigger battles

CHOKING HAZARD -- Small parts. Not for children under 3 yrs.