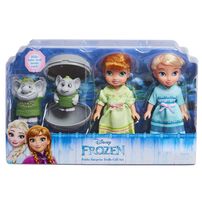 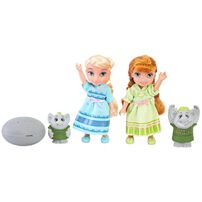 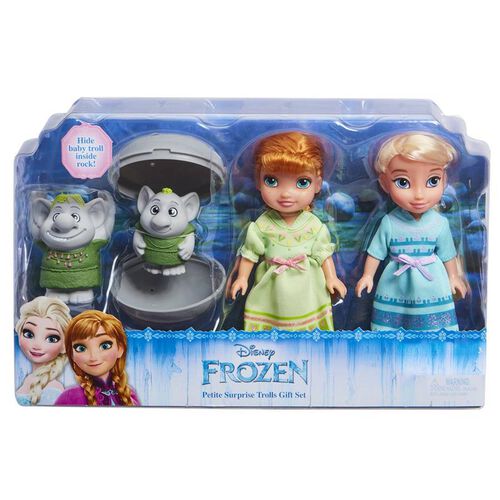 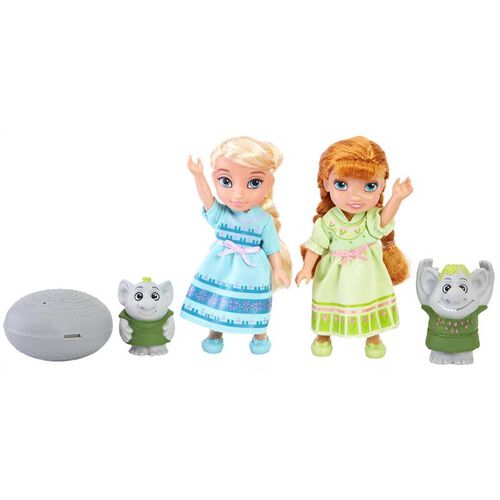 When the Kingdom of Arendelle is trapped in an eternal winter, fearless optimist Anna sets off on an epic adventure- teaming up with rugged mountain man Kristoff and his loyal reindeer Sven. With a hilarious snowman named Olaf by her side, Anna battles the elements in a race to save the kingdom.
Relive the movie moment when Anna and Elsa need the help of their troll friends! This Disney Frozen gift set comes with Anna and Elsa dressed in their iconic pajamas, two troll friends, and toy rock that the trolls can fit inside of to transform! Perfectly petite in size, these dolls can travel with you anywhere! Gift them to someone who loves Disney's Frozen and watch their imagination soar!
Dolls feature adorable nightgowns and shoes
Dolls articulated at five points
Dolls include long hair for added play
Baby troll can hide inside the toy rock
Dolls stand approximately 6 inch tall
Recommended for Ages 3 and up