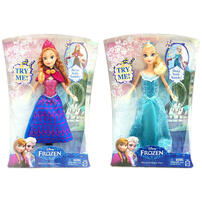 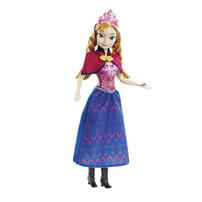 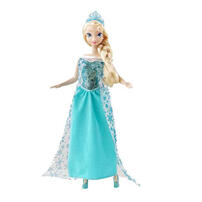 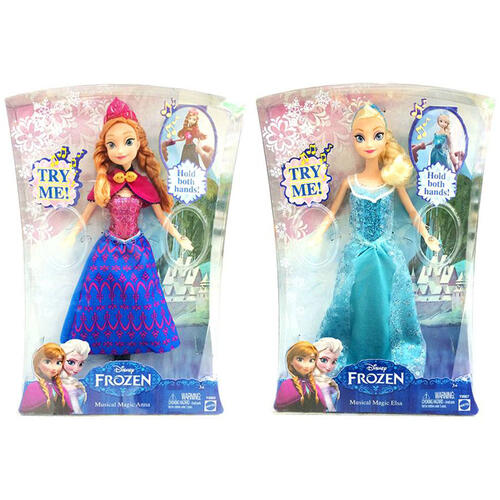 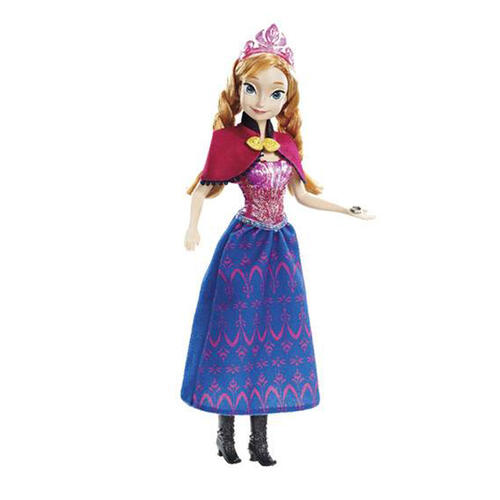 In the Disney film Frozen, two beautiful sisters, Anna and Elsa live in the enchanted Kingdom of Arendelle. Each dressed in glittery fashions from the film, each character plays a song and lights up when a girl holds her hands. Each character sold separately.
But the magic doesn't stop there: with both Elsa and Anna (sold seperately), join their hands and watch them light up and play music from the film.
Dolls cannot stand alone. Ages 3 and older.