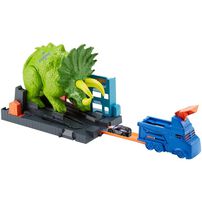 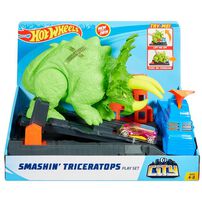 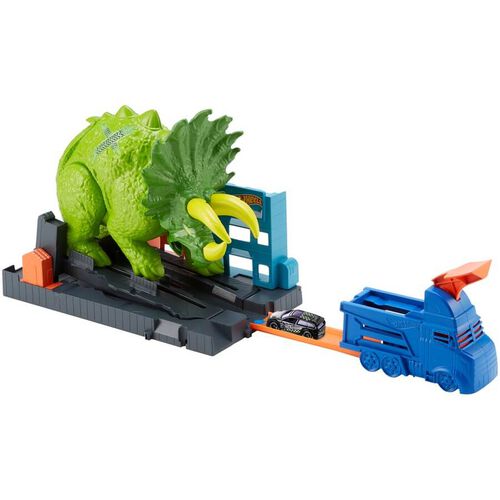 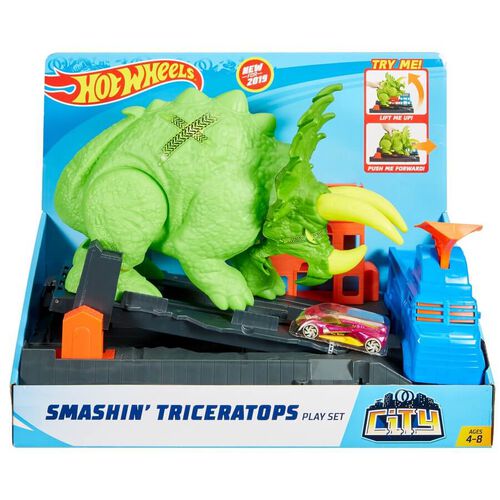 A massive Triceratops is rampaging through Hot Wheels™ City, and it’s up to kids to spring into action and save the day! Slam launch Hot Wheels® vehicles into the destructive dino to knock him off balance and send him crashing DOWN! But if the launch isn’t strong enough, the terrifying Triceratops keeps storming down Main Street. Can you defeat this beast before he tramples buildings and charges after you?

- Start the showdown by loading the included Hot Wheels® car into the truck-shaped launcher.
- Slam launch the car with enough force to make the dino fall backward with a huge thud!
- To gear up for battle again, just push down the city street and reset the Triceratops.
- The set connects to all other Hot Wheels™ City sets and track for infinite build-out possibilities.