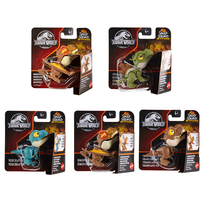 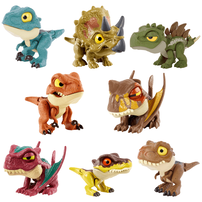 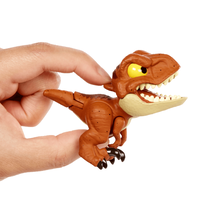 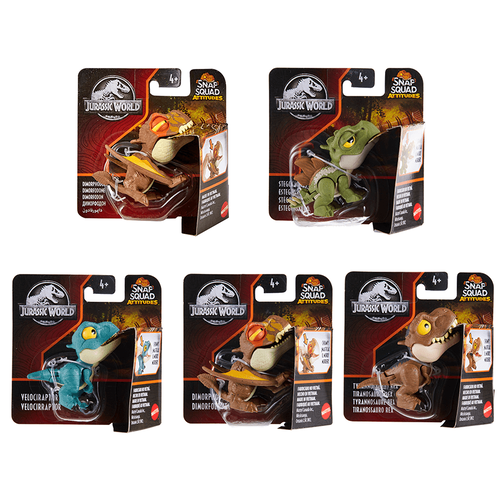 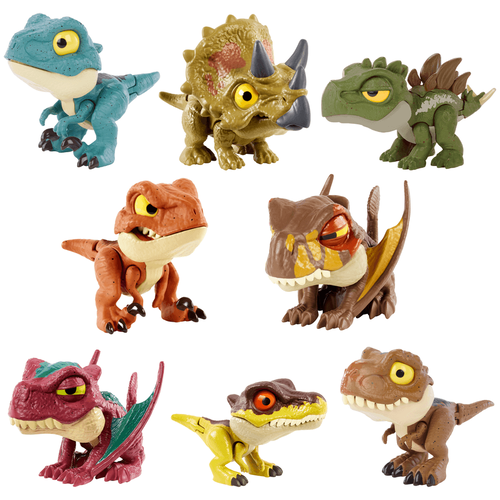 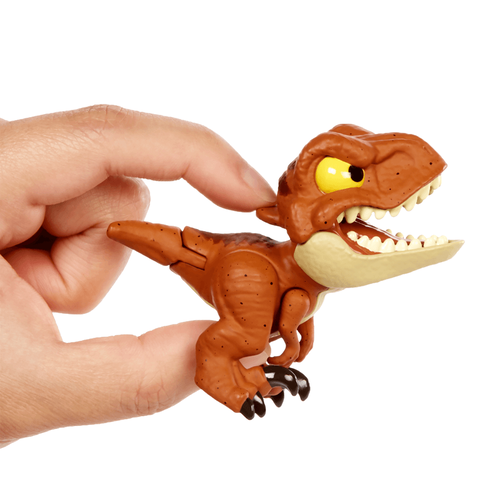 Be a part of the adventure with Snap Squad™ Attitudes collectibles inspired by Jurassic World: Camp Cretaceous! Jurassic World fans will love playing and displaying these Snap Squad™ dinosaur toys with a ferocious attitude! Each small-scale dinosaur features the fierce look of a Jurassic World dinosaur but with a cute stylistic design. Each figure "snaps on" by its mouth, with feet dangling below, so kids can carry these bite-sized creatures everywhere for fun! Makes a great gift for ages 4 years old and up, especially fans of Jurassic World, dinosaurs and action play! Colors and decorations may vary.

Small-scale collectibles feature the fierce look of Jurassic World dinosaurs but with a cute stylistic design based on a key scene from the series!

Mouths on each figure open to "snap on" to fingers, clothing and other accessories while the feet dangle below!

Clip and play with Jurassic World Snap Squad™ Attitudes collectibles or put them on a backpack, lunch pack and more for play on the go.

It's the perfect gift for ages 4 years and older, especially Jurassic World fans and those who love action play and collecting dinosaurs!