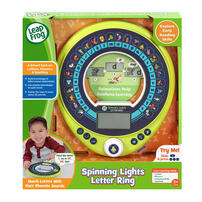 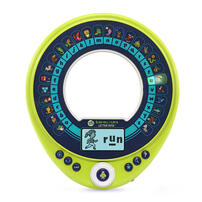 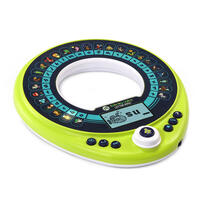 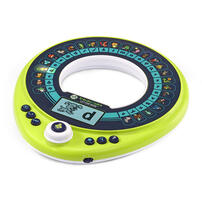 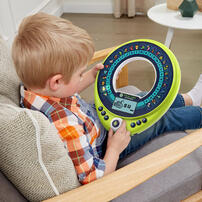 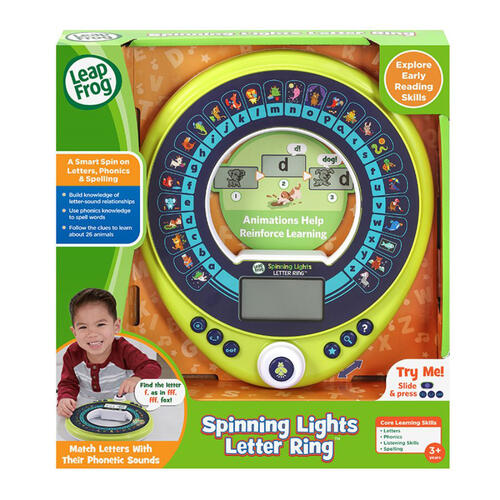 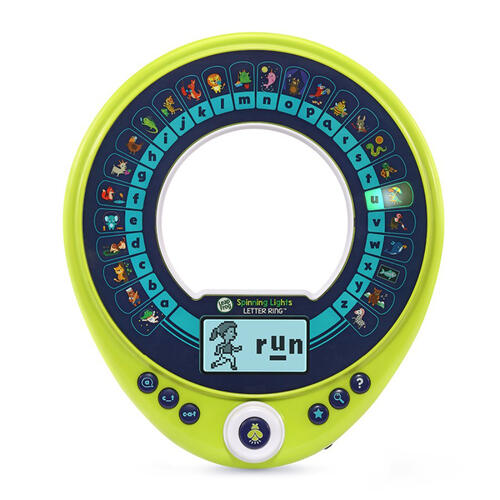 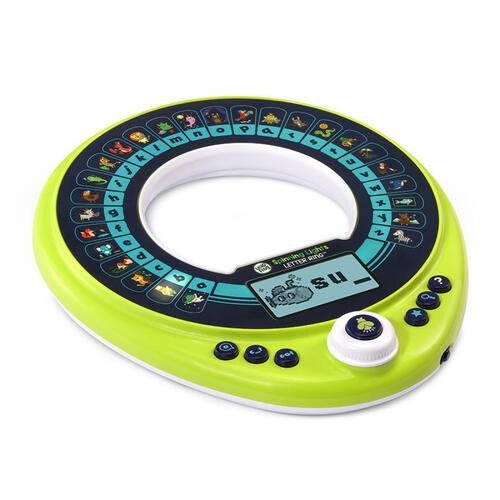 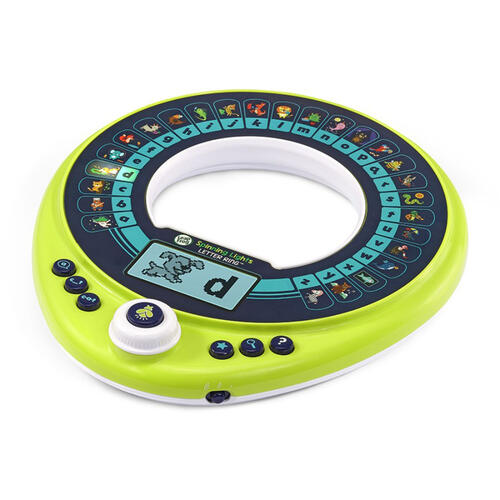 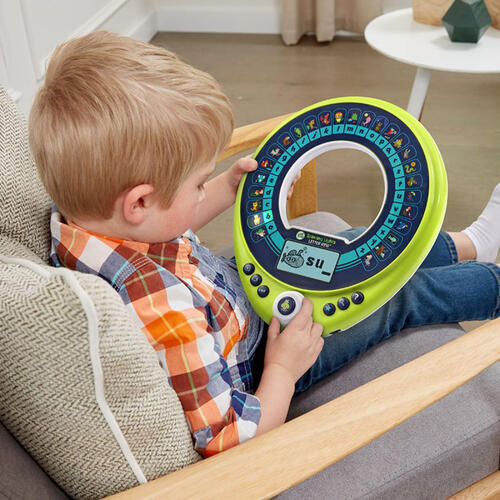 Meet Sparky the phonics firefly! Zip around the ring and this friendly little bug will light up each letter to introduce letters, letter sounds, spelling and animals. Delightful animations of Sparky and the animals accompany each discovery. Sparky loves to play hide and seek! Listen to the letter and letter sound clues to find the letters Sparky is hiding behind. Finding the firefly helps build early reading skills by getting preschoolers to look for Sparky again and again. Now that you know your phonics sounds, use what you’ve learned to build whole words with Sparky’s help. Well done! Get to know Sparky’s animal friends by listening to the clues. Find the animal Sparky’s hiding with on the ring by matching the animal to its description or the sound it makes. It is an alligator astronaut! Intended for ages 3+ years. Requires 2 AA batteries. Batteries included for demo purposes only. New batteries recommended for regular use.