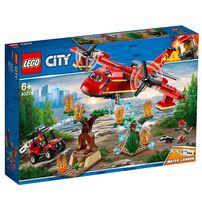 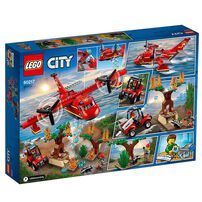 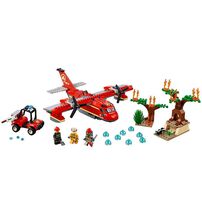 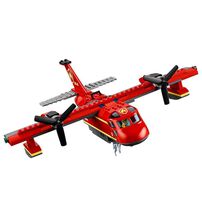 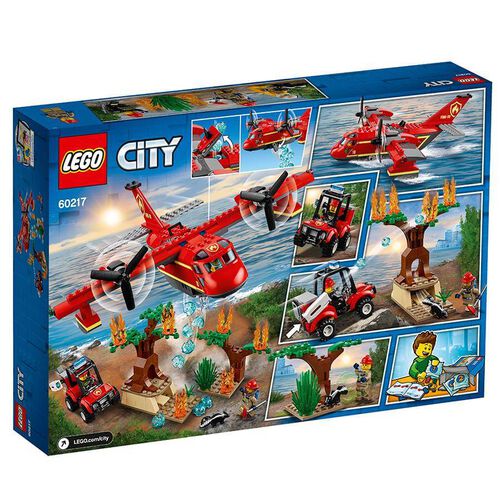 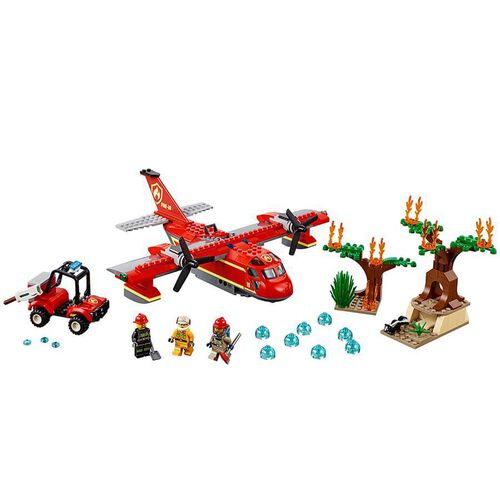 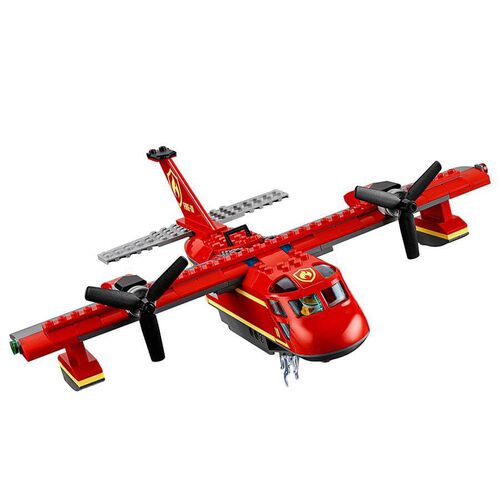 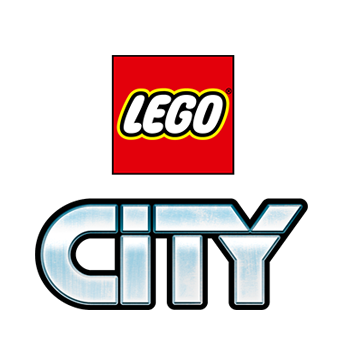 Rescue the trapped skunk from the wildfire with the LEGO® City fire crew!

Join the LEGO® City Fire crew and help defend the local wildlife! A brush wildfire has started in the nearby woods. Hop in the plane to battle the flames from above, while the ground response firefighter races in to fight the fire down below. Look, there's a helpless skunk trapped beneath that burning tree! Grab your smoke gear and head in to rescue the critter. Will you make it in time? Another exciting day for the Fire Plane crew!

Help the firefighters protect the forest critters of LEGO® City with the exciting 60217 Fire Plane set, featuring a dual-propeller firefighting plane with pontoons, detachable minifigure cockpit, hatch on top to load the water elements and a lever to drop them. This rescue building toy set also includes a fire buggy with new-for-January-2019 3-shot stud shooter, plus 2 trees, 3 minifigures and a skunk figure.

• Includes 3 LEGO® City minifigures: a pilot and 2 firefighter minifigures, plus a skunk figure. • This forest fire rescue set features a fire plane with opening and detachable minifigure cockpit, spinning propellers and opening top and bottom hatches, plus a fire buggy with new-for-January-2019 3-shot stud shooter and roll cage. • Also includes 2 buildable burning trees, one with a burrow at the base for the skunk to hide in. • Accessory elements include 14 water elements (6 small studs and 8 larger elements), 6 buildable fire elements, and new-for-January-2019 smoke gear set and fire axe. • Open the top hatch and fill the plane with water elements. • Spin the propellers to launch the plane and head to the fire. • Load 3 water elements into the stud shooter and push the plunger to shoot them at the fire and knock it out. • Push the lever and release the hatch at the bottom of the plane to drop the water elements on the flames and knock them down. • Put on your smoke gear and head into the forest fire to rescue the skunk. • Fire plane measures over 3” (10cm) high, 11” (28cm) long and 12” (33cm) wide. • Fire buggy measures over 2” (7cm) high, 4” (11cm) long and 1” (5cm) wide. • Tree with skunk burrow measures over 3” (10cm) high, 4” (12cm) wide and 3” (9cm) deep."