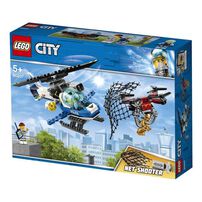 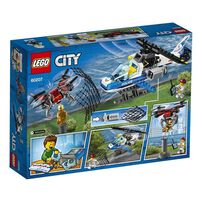 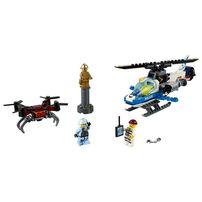 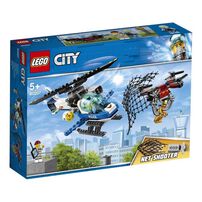 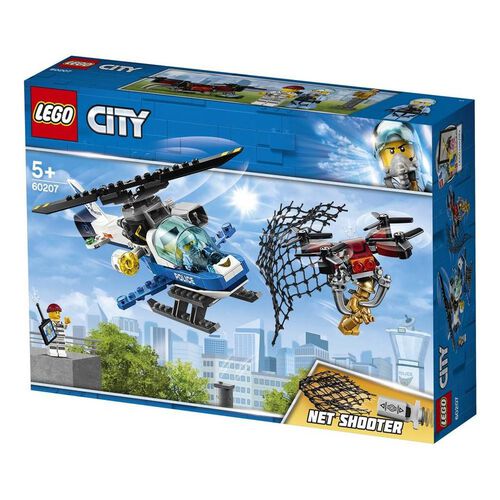 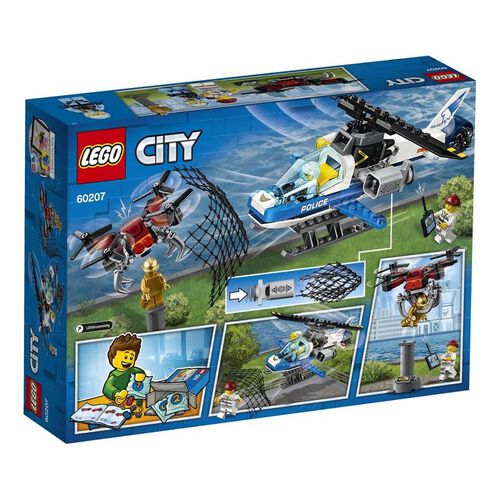 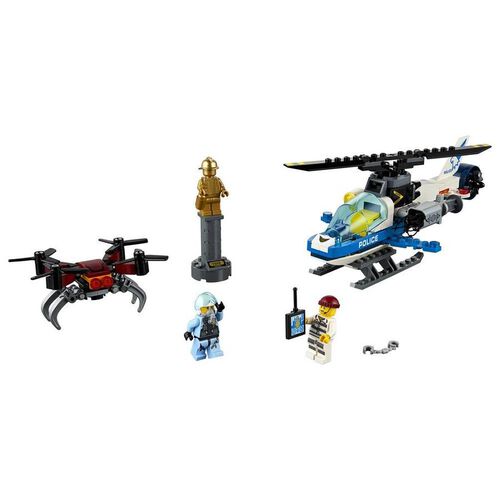 Make the arrest with a thrilling LEGO® City toy helicopter and drone set!

Join the LEGO® City Sky Police force and be part of the high-flying action! Hey, what’s going on in the city square? Where did that drone come from and why is it hovering around the statue? Wait a minute, that crook is trying to steal it! Call in the police helicopter and fire the net shooter to catch the crook and his drone before he escapes with it. It's another exciting day in LEGO City!

• Includes 3 LEGO® City minifigures: a Sky Police officer and a crook, plus a golden minifigure statue. • Features a Sky Police helicopter with opening cockpit, spinning top rotor, searchlight and a firing net shooter, plus a buildable drone with spinning rotors and opening claws. • Accessory elements include a set of handcuffs, net, remote control and a helmet with opening visor and oxygen mask. • Spin the rotor on the Sky Police helicopter and take off. • Push the plunger to fire the net from the net shooter and capture the drone before it escapes with the golden statue! • Sky Police helicopter measures over 3” (9cm) high, 8” (22cm) long and 4” (11cm) wide. • Crook’s drone measures over 1” (3cm) high, 3” (9cm) long and 3” (9cm) wide. • Golden minifigure statue and pedestal measures over 3” (9cm) high, 1” (3cm) wide and 1” (3cm) deep."