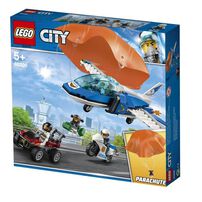 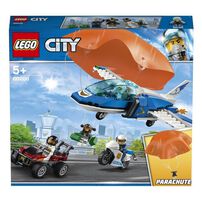 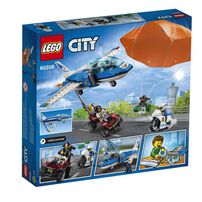 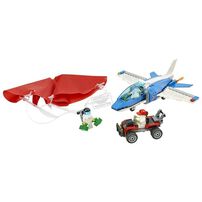 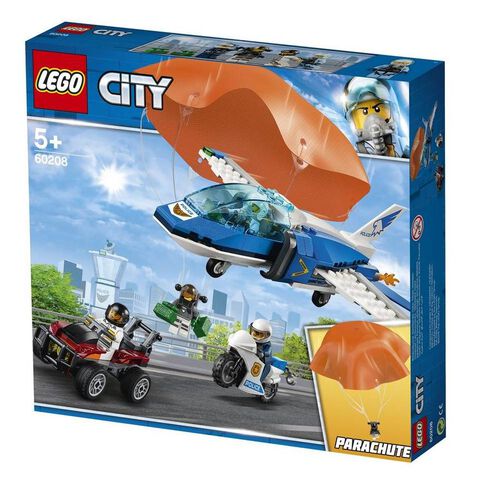 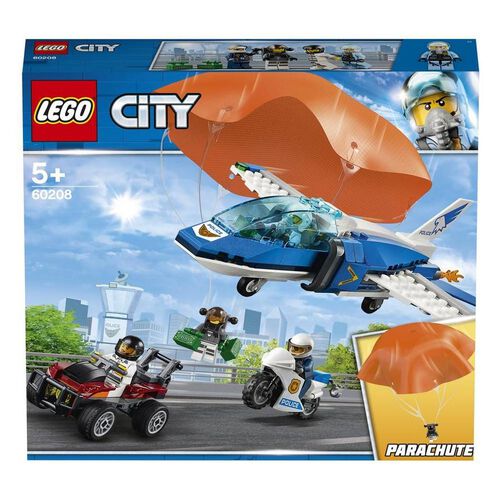 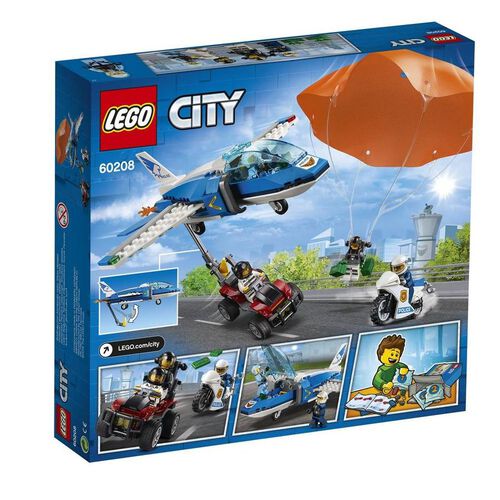 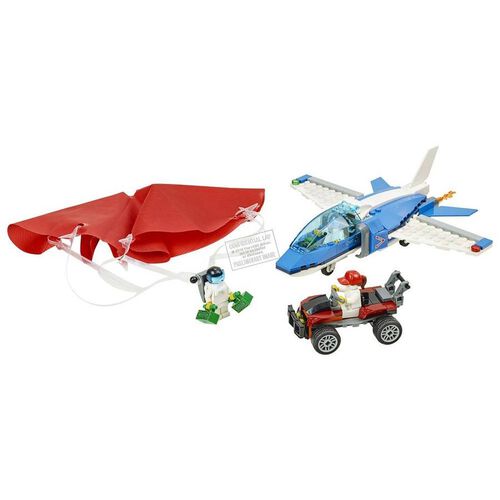 Hook the crook before he gets away in an exciting Sky Police Parachute-based toy set!

Suit up with the LEGO® City Sky Police force and be part of the fast-paced action! Look at that, what’s that red dot in the sky? It’s the crook, parachuting down to his partner in the getaway buggy! Jump into the high-speed police jet, take off and extend the hook to catch him before he floats away, while your partner chases after the buggy on his motorbike!