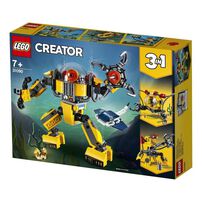 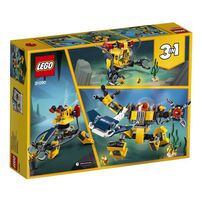 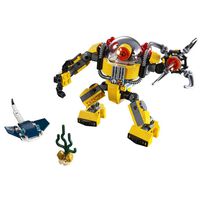 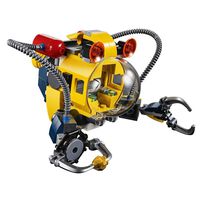 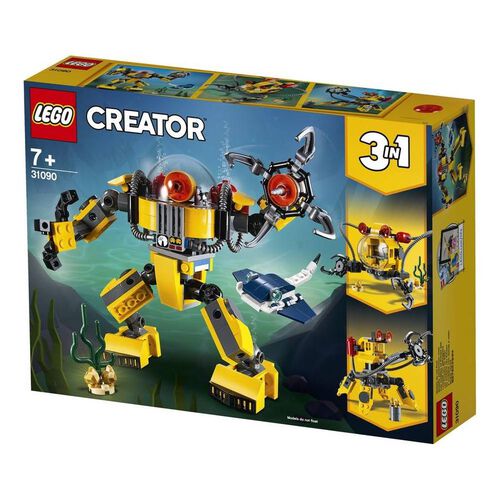 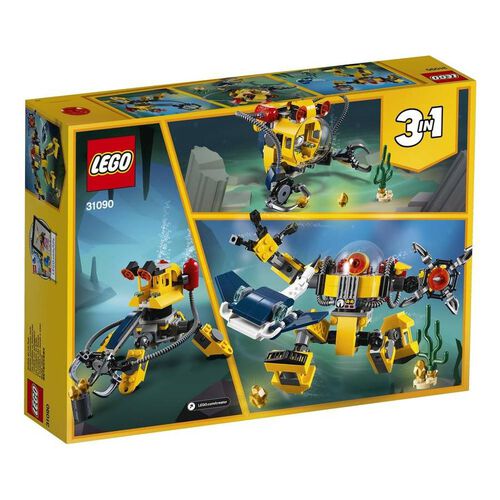 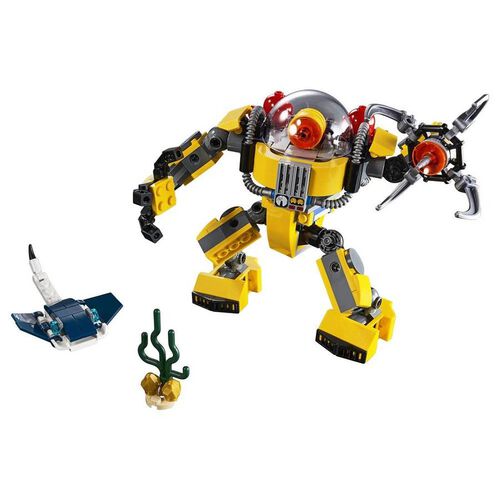 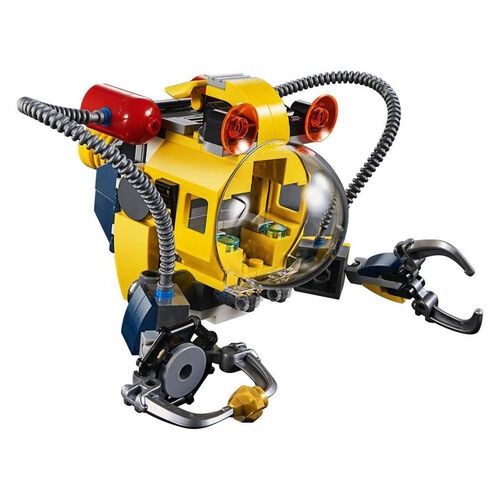 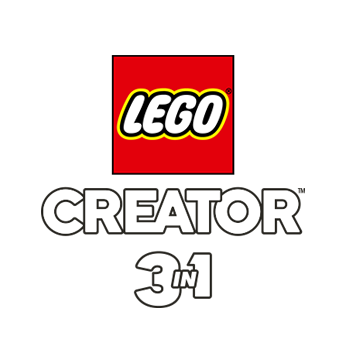 Build and rebuild an Underwater Robot, Submarine or Underwater Crane with this LEGO® Creator 3in1 set!

Head for the ocean floor in search of gold with the awesome Underwater Robot, featuring huge flexible joints, large viewing dome with a red robot eye, ballast tanks and big feet for walking on the seabed. Grab items and drill for samples with the robot's clawed left hand and carry items with its gripping right hand. But look out for the manta ray with its spiky tail! Rebuild the robot to create a cool deep-sea search Submarine with a manipulator arm or an Underwater Crane treasure hunt center.

Explore the depths of the ocean for sea treasures with the LEGO® Creator 3in1 31090 Underwater Robot, featuring highly posable joints, large transparent domed helmet, red robot eye, ballast tanks and huge feet for walking on the seabed. Remove the robot eye to transform the dome into a cockpit control center. The Underwater Robot toy also has a claw and drill at the end of its left arm and a grabber on its right. This set also includes a buildable manta ray and a small seabed build with a sea plant and golden nugget elements. With LEGO Creator 3in1 sets you get 3 different build and play experiences. Build the Underwater Robot and then rebuild it to create a toy Submarine or an Underwater Crane treasure hunt center for more deep-sea action and adventure.

• Enjoy 3 building opportunities with this LEGO® Creator 3in1 set. Build the Underwater Robot and manta ray, then rebuild to create a toy Submarine with a manipulator arm, or an Underwater Crane treasure hunt center. • The Underwater Robot features highly flexible joints, viewing dome with red robot eye, mechanical-style hands with drill, claw and grabber, ballast tanks and large robot feet for traversing the seabed, plus a buildable manta ray and a small seabed build with a sea plant and golden nugget elements. • The Underwater Robot comes with a yellow, gray, black and red color scheme. • Open the Robot’s helmet and remove the robot eye to reveal a control console. • Move the Robot’s head, arms and legs to create cool action poses. • Venture to the depths of the ocean in search of underwater treasure with this futuristic robot, but watch out for the spiky-tailed manta ray! • Underwater Robot stands over 5” (14cm) high. • Manta ray measures over 1” (3cm) high, 2” (6cm) long and 2” (7cm) wide. • Toy Submarine measures over 3” (9cm) high, 6” (17cm) long and 5” (13cm) wide. • Underwater Crane measures over 4” (12cm) high, 5” (13cm) long and 7” (18cm) wide."