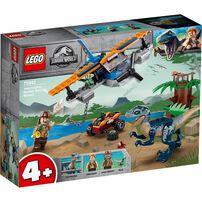 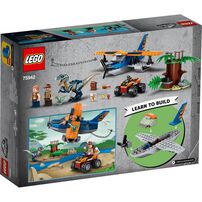 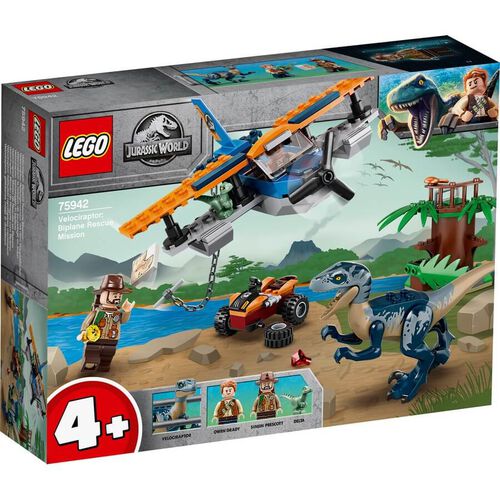 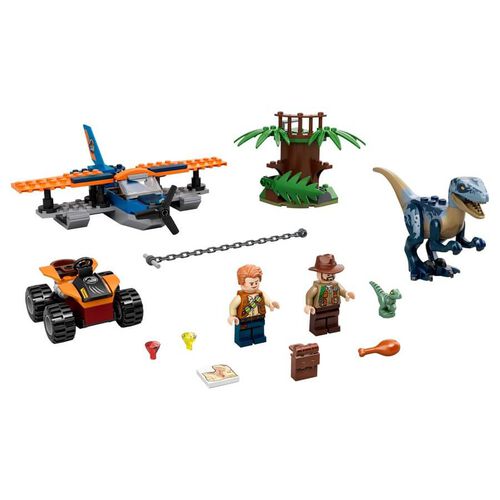 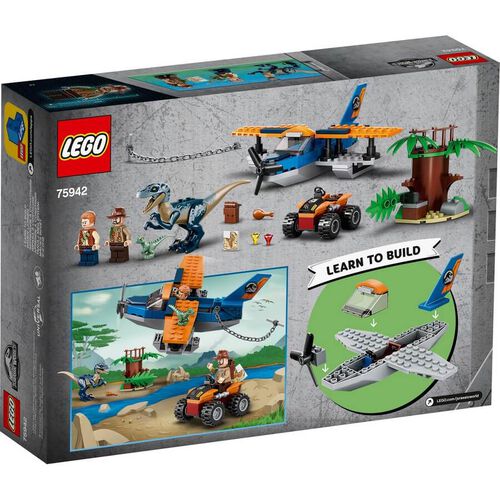 Emergency! Sinjin Prescott has got too close to a raptor nest and is under attack! He’s driving away through the jungle in his off-roader but the angry Velociraptor is catching up. Fly to the rescue with Owen Grady’s cool biplane. Lower the chain for Sinjin to grab onto and fly him to safety as fast as you can! Then help the Velociraptor look after its baby, Delta, and dinosaur egg in peace.