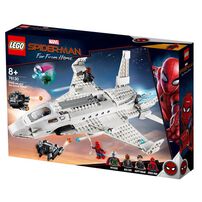 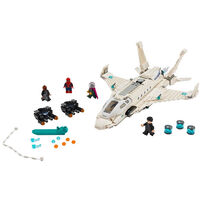 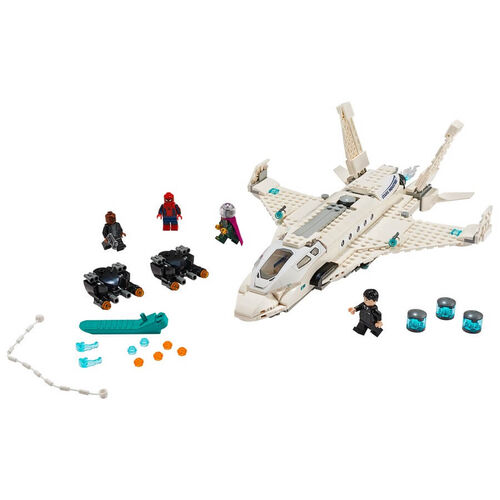 (0)
ages: 8+ years
RM319.90
get e-voucher with rm300 spent
free delivery on this item
share
The link to LEGO Marvel Spider-Man Far From Home Stark Jet and Drone Attack 76130 has been copied

Defend Venice against drone attack with Happy Hogan, Nick Fury, Mysterio, Spider-Man and the super Stark Jet! Adjust the wings and launch into the sky. Control this hi-tech jet airplane from the dual cockpit with Happy Hogan and Nick Fury. Swerve 2 stud-shooting drones and fire back with the jet's own stud shooters. Then release the hatch to drop energy bombs or send Spider-Man swinging into action on his web string!