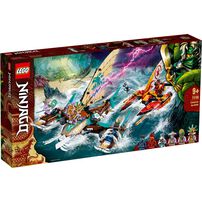 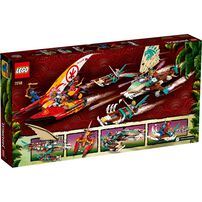 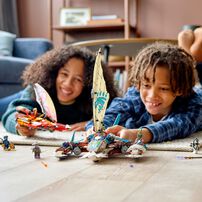 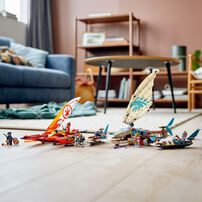 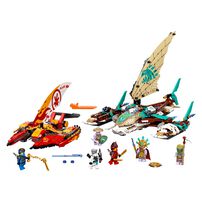 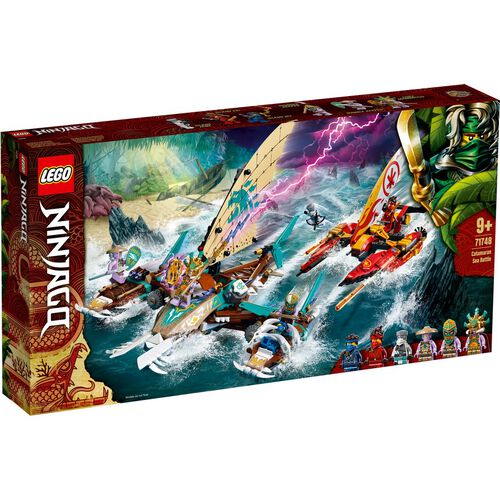 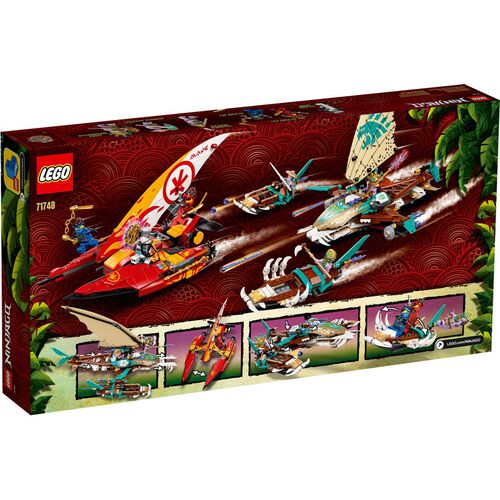 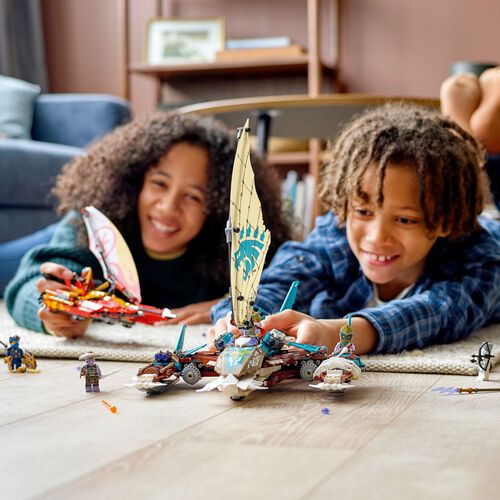 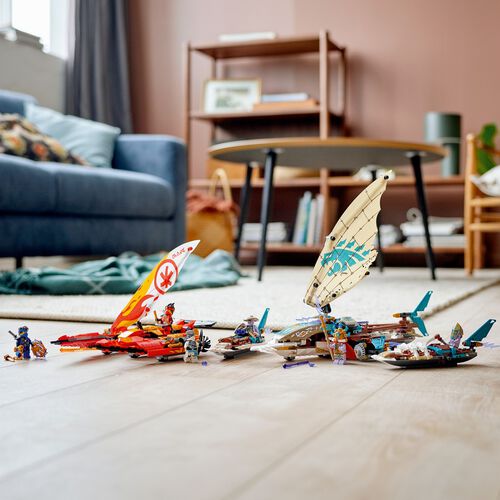 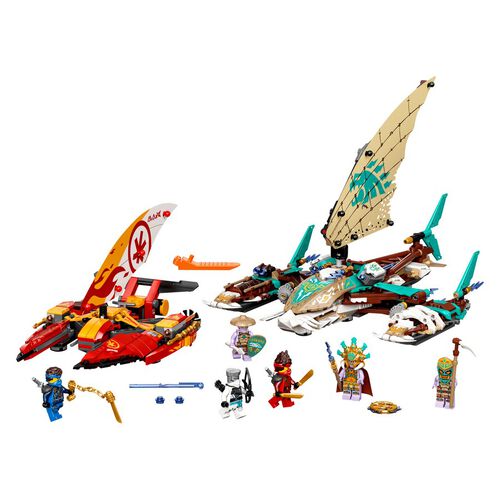 Skipper the ninjas’ awesome catamaran in an amazing sea fight against the Keepers! Go into attack mode and fire your spring-loaded shooters. Woah! The Keepers’ powerful battle catamaran, which splits into 3 separate boats, one with a prison, tries to sink you with its sharp blades and deadly shooters. You must triumph in this nautical battle to claim the precious storm amulet.