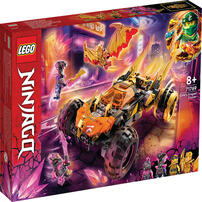 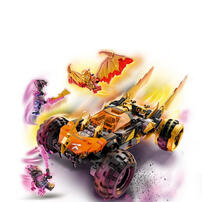 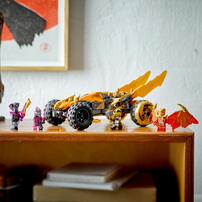 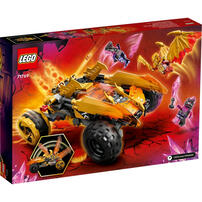 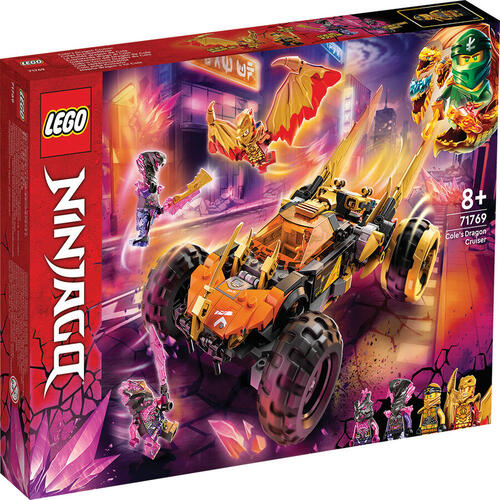 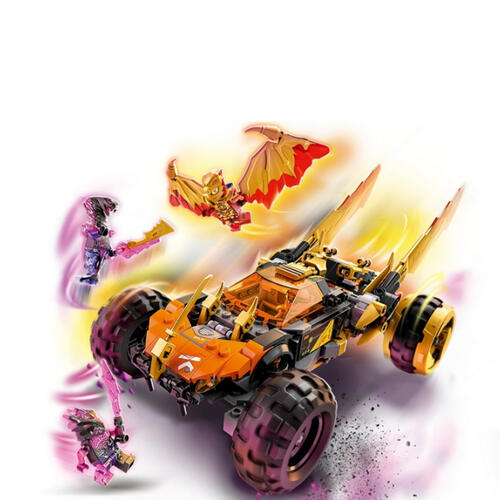 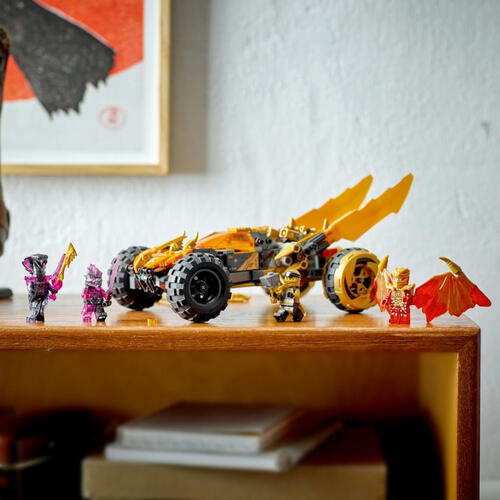 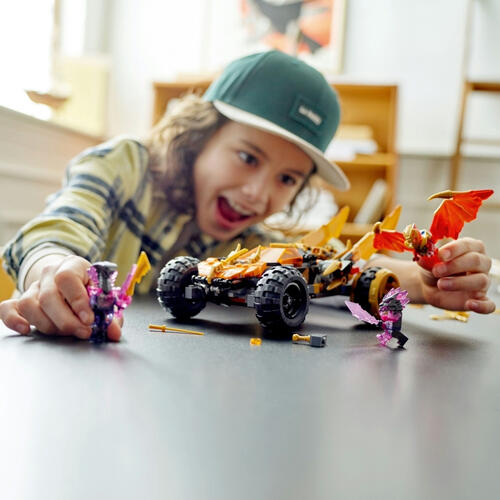 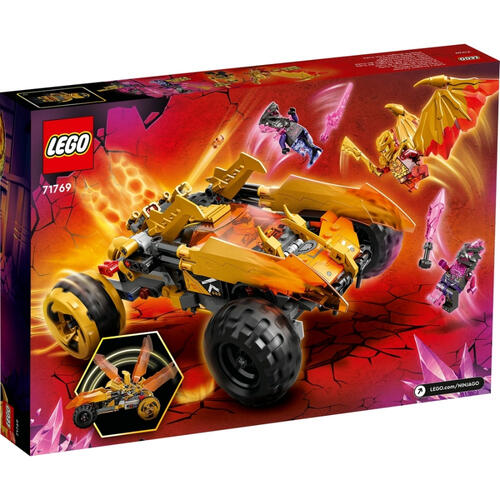 Launch into an epic battle in Cole’s Dragon Cruiser! The evil serpentine General Aspheera has stolen Kai’s elemental weapon and you need to win it back. Woah! Beware of the Vengestone Brute and his dangerous crystals. Fight back with speed and power by transforming the cruiser into golden dragon attack mode. Only you can stop the ninja’s enemies turning everyone in NINJAGO City into zombies!