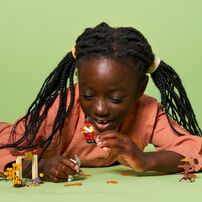 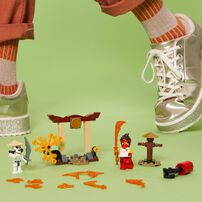 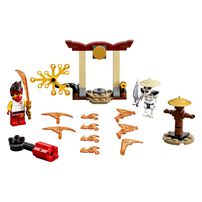 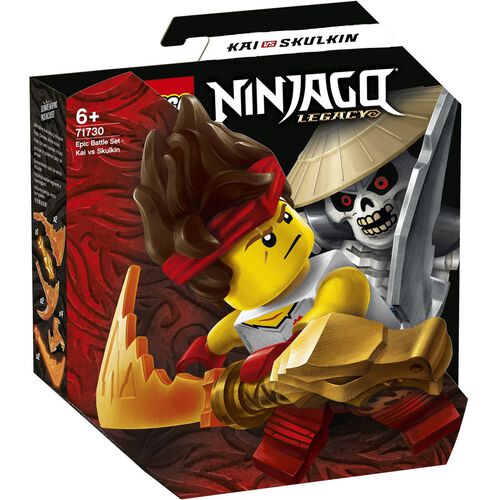 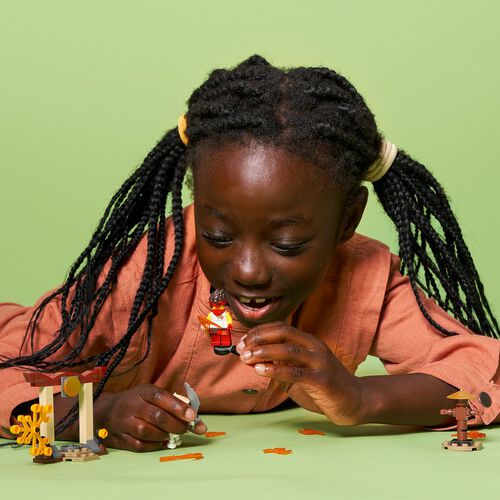 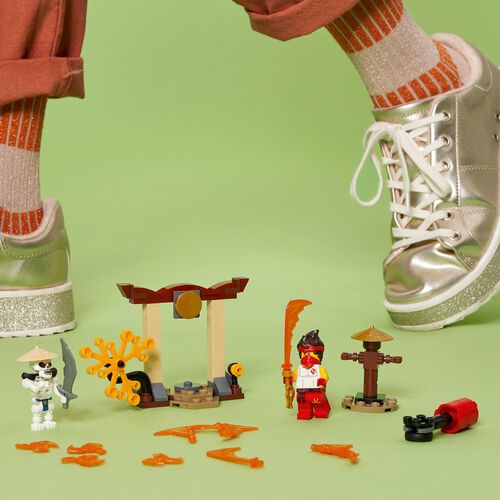 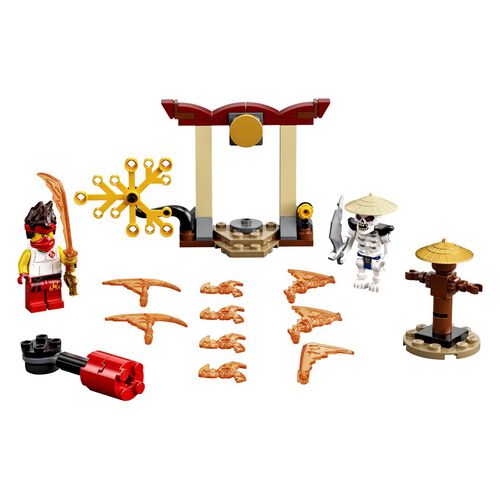 Join forces with Kai as he takes on the villain Skulkin in a thrilling battle! Go on the attack with Kai’s katana sword but watch out for Skulkin’s powerful blade! Jump on the battle platform to spin into action and deliver a powerful knockout blow. Who will win this ultimate fight between good and evil and claim the prized weapons?