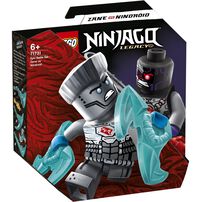 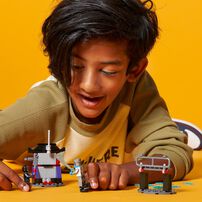 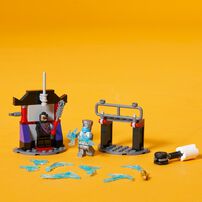 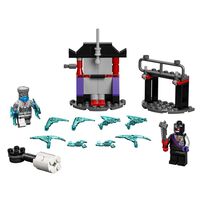 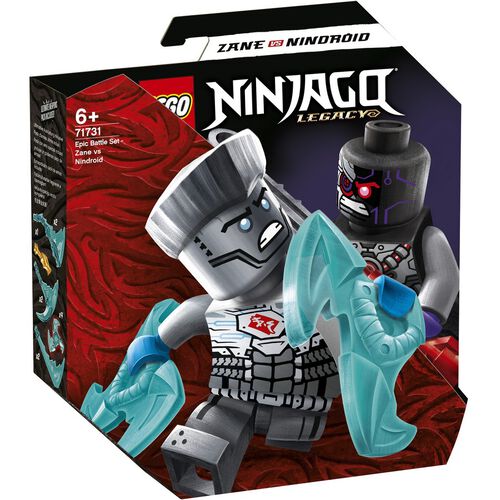 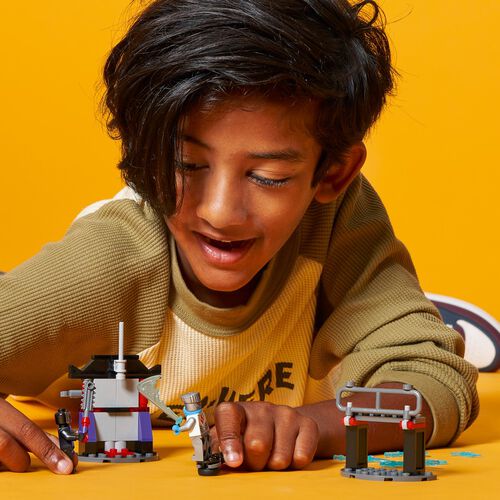 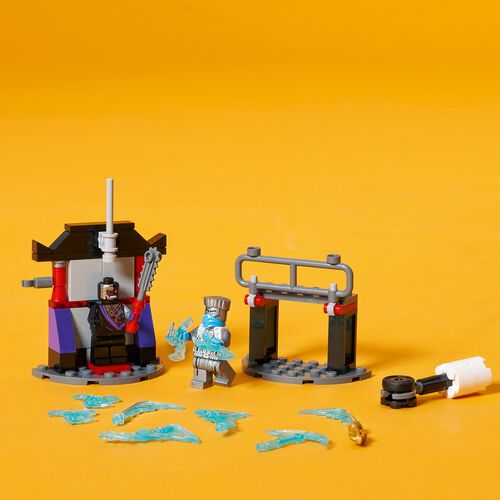 Team up with Zane as he confronts the dangerous Nindroid fighting machine in an epic battle! Take on the robot warrior with Zane’s Shurikens of Ice weapon. Watch out as he retaliates with a large sword! Conquer the Nindroid by smashing him with Zane's awesome spinning battle platform. Who will triumph in this ultimate battle between good and evil and win the prized white weapons?