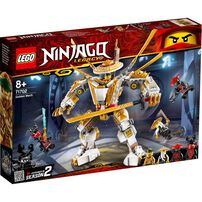 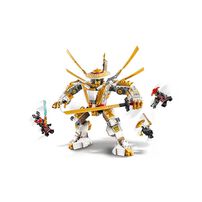 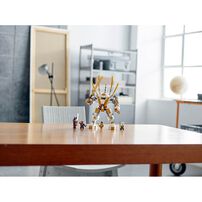 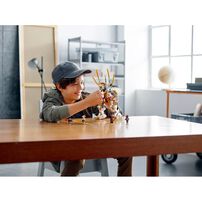 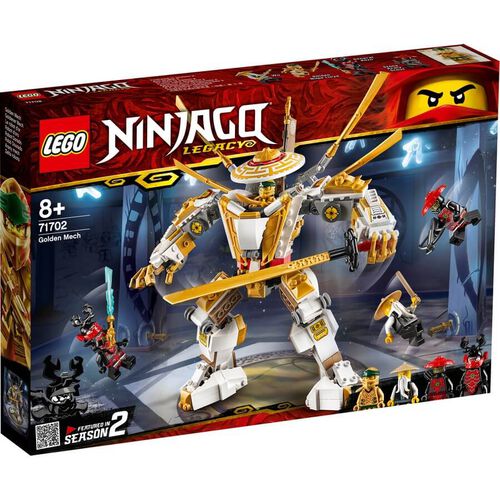 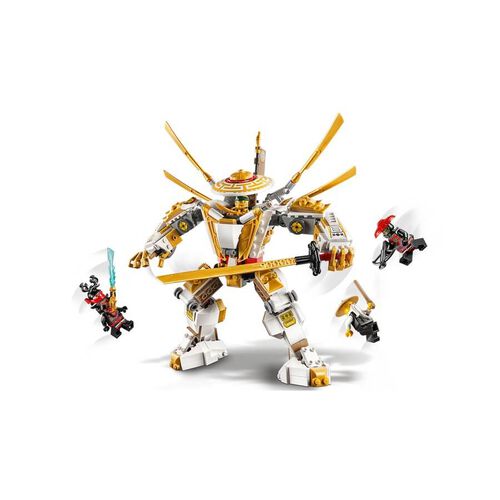 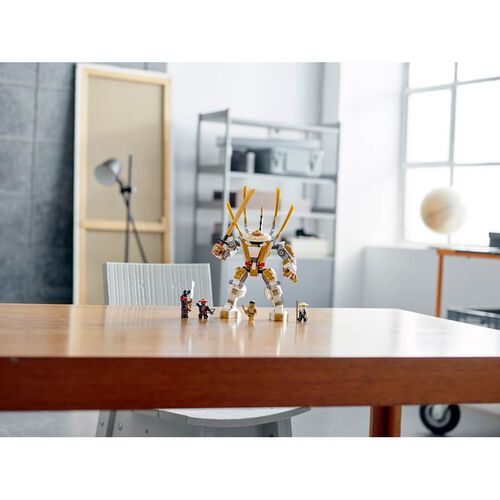 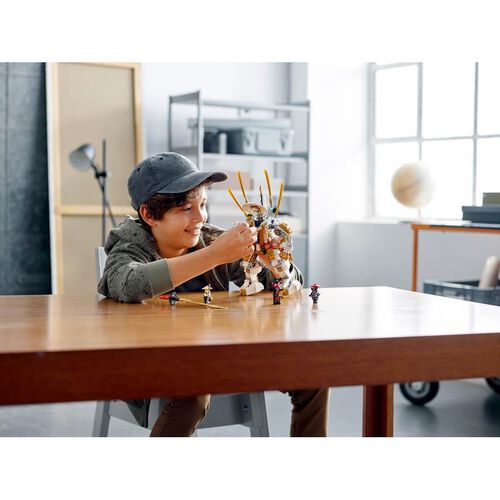 This LEGO NINJAGO Legacy mech playset with 4 ninja action figures will be adored by fans of the TV series, who are passionate about recreating action scenes from season 2. Kids can enjoy the fun on their own or share group play with friends as they role-play battles with 4 minifigures: Golden Ninja Lloyd, Wu and the NINJAGO stone warriors General Kozu and Stone Army Scout.  Cool toys for kids Youngsters can now build this ninja mech in a new and exciting way by using Instructions PLUS via the free LEGO Life app. Creative kids can zoom, rotate and watch this awesome ninja toy come to life both on smartphones and tablets and in front of them.  Awesome ninja toys for kids! LEGO NINJAGO building toys for kids allow them to enter a world of non-stop thrills and adventure where they can join forces with their ninja heroes to take on the forces of darkness. NINJAGO fans will be captivated as they play with awesome action toys, including LEGO NINJAGO mechs, cars, dragons, temples, buildable figures and more.

• Detailed NINJAGO Mech wielding a large toy katana accompanied by 4 minifigures lets kids recreate action-packed stories from NINJAGO City! This makes the best toy for kids who enjoy playing out exciting scenes.
• This playset includes a towering Golden Mech ninja toy and 4 minifigures: Golden Ninja Lloyd, Wu, General Kozu and Stone Army Scout. Youngsters will love escaping into a fantasy world to stage thrilling battles.
• This cool toy for kids lets them indulge in stories from the second season of NINJAGO Masters of Spinjitzu. Dedicated fans will love to go into combat with Lloyd and his sword or with Wu wielding his trusty staff.
• This 489-piece playset is a rewarding and fun ninja build for boys and girls aged 8+ and makes a great Xmas gift for kids. New for January 2020, the golden ninja toy guarantees endless hours of all-consuming entertainment for your mini ninjas.
• This Mech NINJAGO toy is perfect for play at home or to slip into a bag for fun on the go. The ninjas are adept at going on new adventures! The ninja mech measures over 9” (25cm) high, 9” (23cm) long and 12” (30 cm) wide.
• No batteries are required for this top toy set – it is ready to go for thrilling fun in NINJAGO city as soon as it is built, so you never need to retreat from the battle front.
• Young builders can assemble this top toy by using Instructions PLUS via the free LEGO Life app. Creative kids can zoom, rotate and view on smartphones and tablets as this golden ninja mech toy comes to life.
• LEGO NINJAGO building toys for kids fuel their creativity and allow them to escape into a captivating world of imaginative play to team up with their favorite ninja heroes for never-ending adventures.
• LEGO bricks have met the highest industry standards for more than 60 years, ensuring they are always consistent, compatible and pull apart easily every time. Perfect for NINJAGO City battles!
• The LEGO bricks used to build this golden NINJAGO mech toy meet the highest global safety and quality standards. You know you are in safe hands when you choose LEGO playsets as a gift for your children.