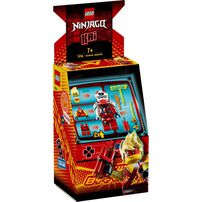 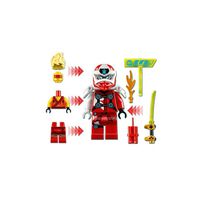 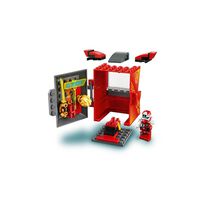 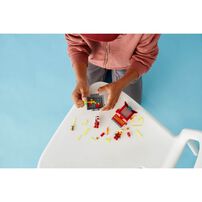 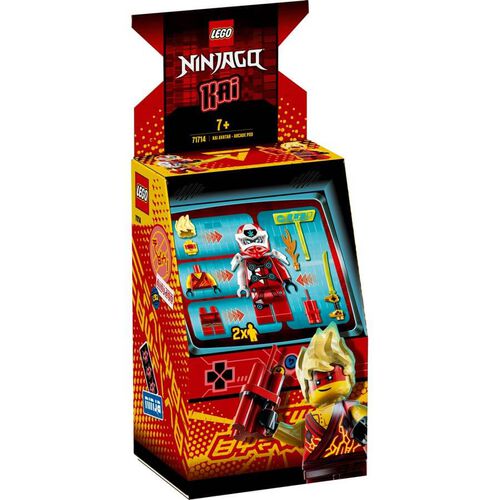 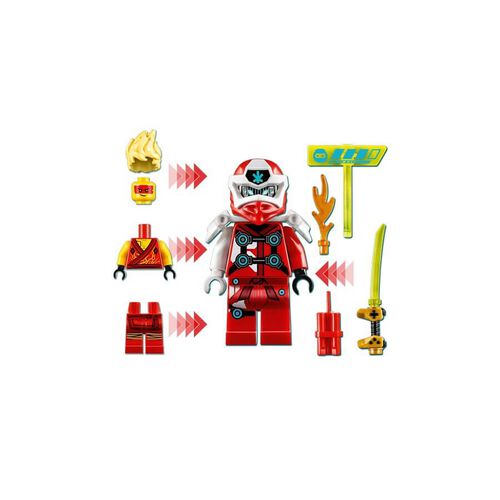 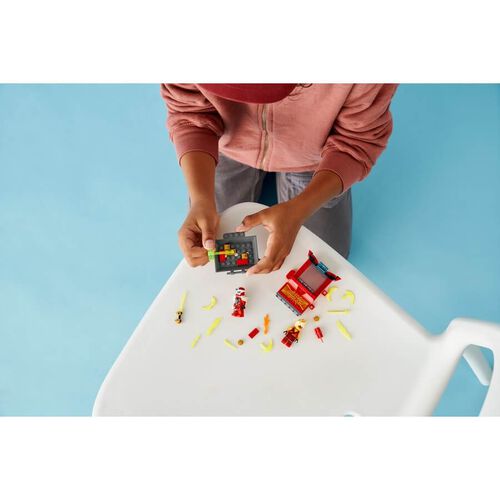 This super cool arcade machine with 2 minifigures is the portal to the video game world of Prime Empire. Youngsters will love staging exciting stories around it with 2 video game figures: NINJAGO Digi Kai, and exclusive to this toy playset, Avatar Kai. A world of possibilities and hours of captivating fun are guaranteed with this NINJAGO set.  The best ninja action figures In Prime Empire kids choose the character they want to be and their own ninja avatar for their adventures in a mysterious new world, providing a fun opportunity to be creative. The back of the arcade toy can be opened to store the ninja action figures, and weapons and accessories.  The perfect LEGO toys LEGO NINJAGO sets give children the chance to enter a thrilling world where they can indulge in independent play or fun with friends as the team of ninjas take on the forces of evil. Kids will be enthralled with these ninja toys, including cars, jets, dragons, buildable figures and more.

• NINJAGO set featuring mini arcade machine and Digi Kai and exclusive Avatar Kai minifigures to stage thrilling scenes from Prime Empire. The perfect toy playset for dedicated NINJAGO fans and kids with adventurous minds.
• Ninja playset includes arcade machine and 2 video game figures, Digi NINJAGO Kai and Avatar Kai, who can be armed with a range of weapons. Kids can harness their creativity and play out gripping stories from Prime Empire.
• New for January 2020, this ninja toy allows kids to customize their minifigures and choose an avatar to enter Prime Empire. Youngsters will love storing them and the many accessories in the back of the mini arcade machine.
• This 49-piece ninja toy for kids is quick-to-build for boys and girls aged 7+ and will inspire imaginative play by ninja fans. This makes a great birthday gift, Christmas present or LEGO gift for any occasion.
• The ideal arcade and action figure toy to play with at home or easily slip into your bag for kids to enjoy wherever they go. The arcade machine measures over 3” (8 cm) high, 2” (5 cm) long and 6” (2 cm) wide.
• Do you want some good news? No batteries are required for this NINJAGO set – it’s simply fueled by kids’ imaginations, so the adventures in Prime Empire never stop.
• This is the ideal LEGO gift for a young builder. The bricks come with simple-to-follow instructions making it quick and easy to have your arcade toy ready for hours of action-packed fun!
• LEGO NINJAGO collectible buildable toys and figures let kids enter a thrilling world of fantasy to create stories with their favorite ninjas as they take on the forces of evil in both NINJAGO City and Prime Empire.
• LEGO bricks have met the highest industry standards for more than six decades, ensuring they are always consistent, compatible and pull apart with ease every time, whether on Earth or in NINJAGO City.
• These LEGO bricks and pieces have been relentlessly tested and meet the highest global safety and quality standards. You always have peace of mind with LEGO building kits.