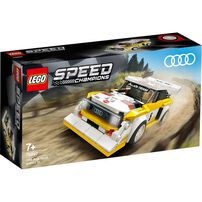 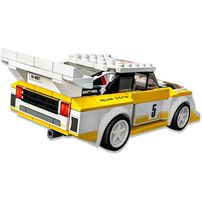 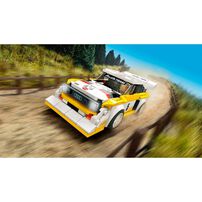 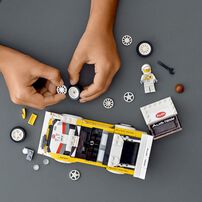 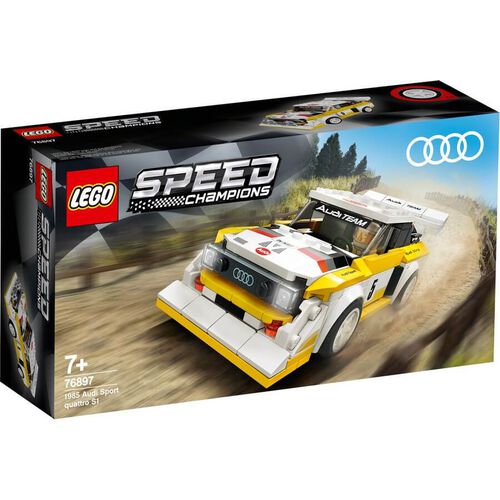 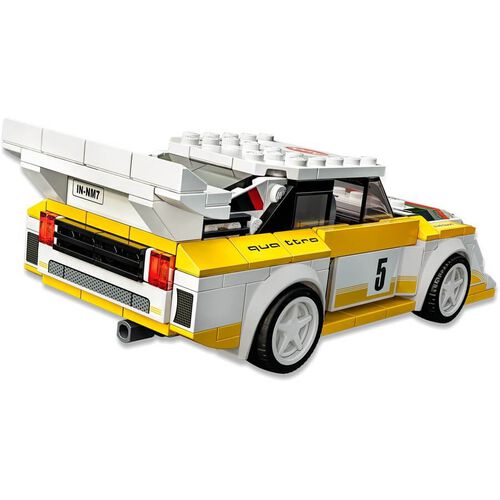 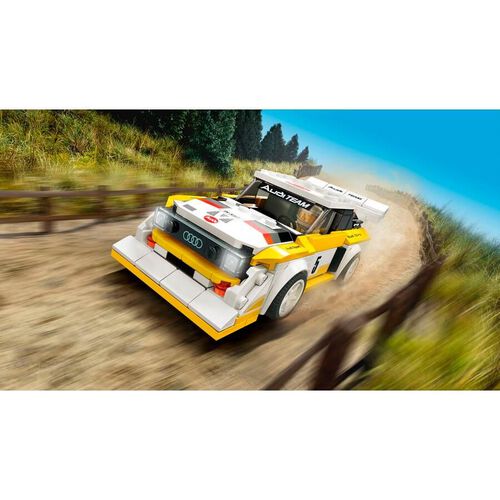 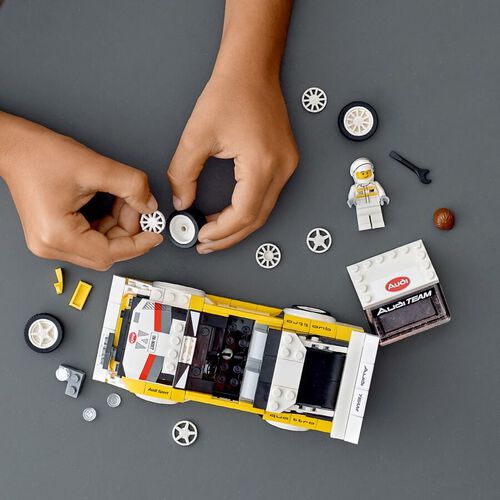 The 1985 Audi Sport quattro S1 (76897) was one of the kings of the Group B rally racing circuit. Race fans can now construct their own car toy of this beloved model from LEGO building bricks. Celebrate the 35th anniversary of the quattro by owning a model car replicating this rally icon.  A classic rally car reborn! This racing car model of the famous 1985 Audi Sport quattro S1 brilliantly reflects the original with its famous yellow and white livery, front engine, bulked up bumper and vast rear wing. This model car kit also comes with a minifigure in an Audi Sport quattro race suit. Jump behind the wheel of this Audi toy car and make a lasting impression – just like the original did!  Recreate all the drama of the racetrack LEGO Speed Champions building kits provide car fans of all ages with the chance to create racing toys of their favorite models and recreate the thrills of the racetrack. New for January 2020, these cool replicas are now more realistic and 25% bigger than ever before.

• Brilliantly detailed and collectible model car kit featuring a 1985 Audi Sport quattro S1 LEGO replica and 1 driver minifigure. The perfect LEGO gift for the many devoted fans of this classic car.
• A buildable 1985 Audi Sport quattro S1 toy car based on the original model and 1 collectible minifigure in an authentic Audi race suit. This toy playset will captivate kids as they use their imaginations to stage races.
• Fans of the 1985 Audi Sport quattro S1 will be thrilled to build a mini version from LEGO building bricks. They have the choice to proudly display it or test its powers by racing it against other models.
• This 250-piece building kit for boys and girls aged 8+ makes a wonderful gift for both passionate fans of this famous car and those who love to play with racing toys.
• LEGO Speed Champions cars are now 25% bigger and even more realistic. The 1985 Audi Sport quattro S1 rally car measures over 2” (6cm) high, 6” (16cm) long and 2” (7cm) wide, so it's compact enough to take with you on the go.
• No batteries required for this toy playset! It is ready to play with once built. This car toy is powered solely by the imaginations of kids.
• Don’t worry about what to do with all the pieces in this building kit for kids. Easy-to-follow instructions are included so the fun can start as soon as possible.
• LEGO Speed Champions building kits provide car enthusiasts with the chance to build mini versions of their favorite models and recreate all the drama of the racetrack.
• LEGO bricks have met the highest industry standards for over 60 years, ensuring they are always consistent, compatible and pull apart with ease every time.
• These LEGO bricks and pieces have been relentlessly tested and meet the highest global safety and quality standards.