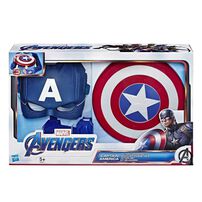 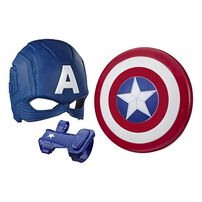 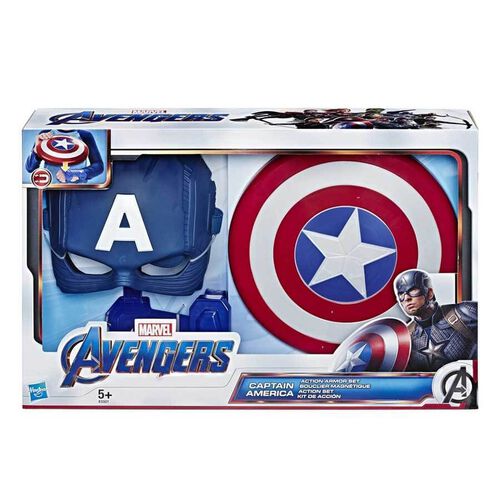 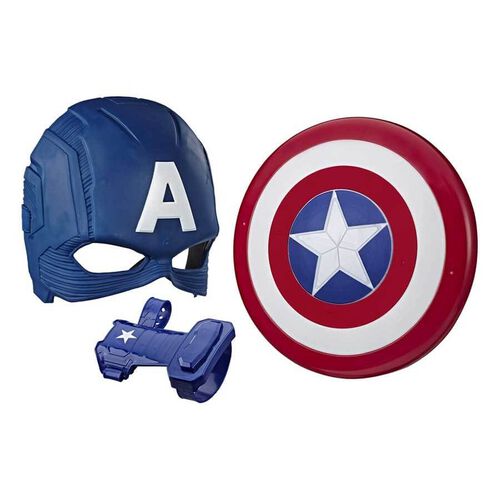 Steve Rogers suits up as the star-spangled hero, Captain America, and joins the battle for justice with his indestructible shield!There's more to being a Super Hero than capes and fancy suits. Being a Super Hero is about defending justice and knowing when it's time to fight as a team! Kids can imagine powering up for action alongside their favorite super heroes, like Iron Man, Captain America, Spider-Man, Black Widow, Hulk, Black Panther, Thor, and more, with Avengers figures and roleplay! Avengers, Assemble!With this Captain America mask and shield set, kids can imagine what it's like to be Captain America! The shield attaches to the magnetic wrist gauntlet and can be thrown as a disc when removed. With the Marvel Avengers Captain America Roleplay Set, aspiring heroes can imagine joining the battle for justice as the Avengers' most patriotic Super Hero.NOTE TO PARENTS: Gauntlet not intended to catch shield.