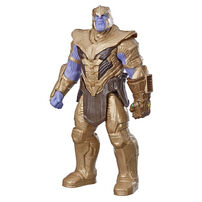 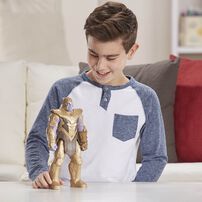 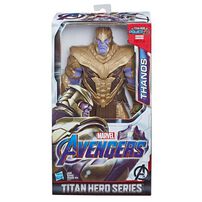 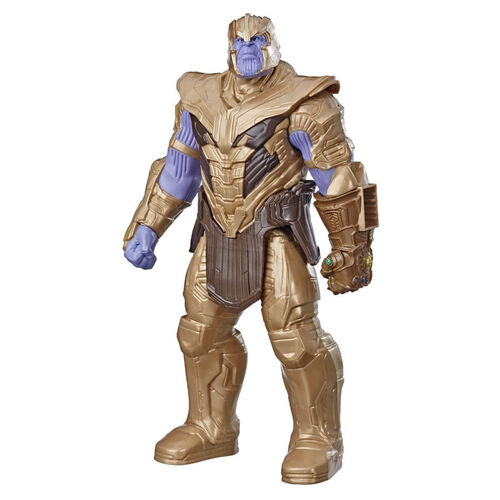 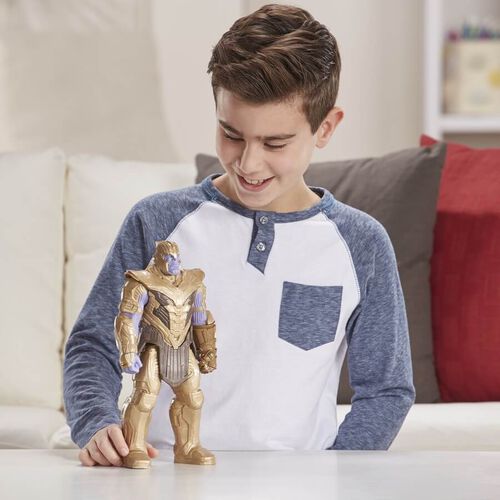 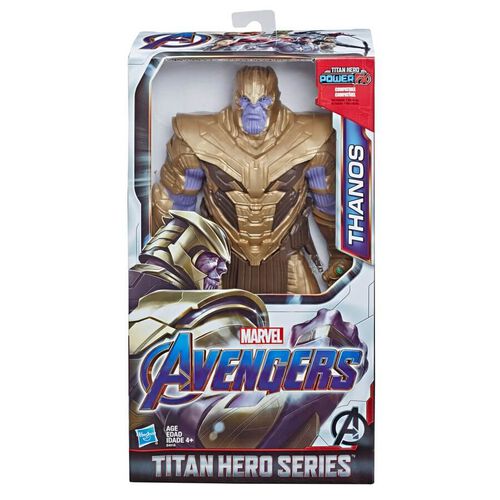 The evil Thanos sets his sights on Earth as he continues his quest for the Infinity Stones.

Imagine the purple Titan collecting Infinity Stones in his quest for ultimate power with the 12-inch scale Thanos figure from the Titan Hero Series, inspired by the Avengers: Endgame movie. This figure includes a port for the Titan Hero Power FX pack (not included; sold separately with Titan Hero Power FX figures) so when kids connect the pack, they can power up their figure and activate character-specific sounds and phrases from Avengers: Endgame!

WARNING: CHOKING HAZARD - Small parts may be generated. Not for children under 3 years.