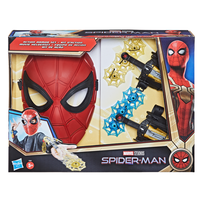 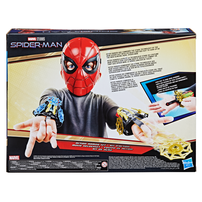 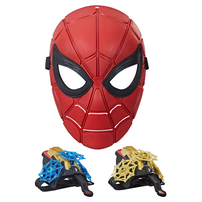 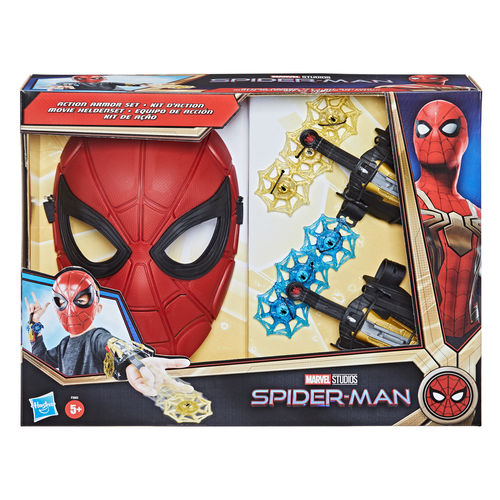 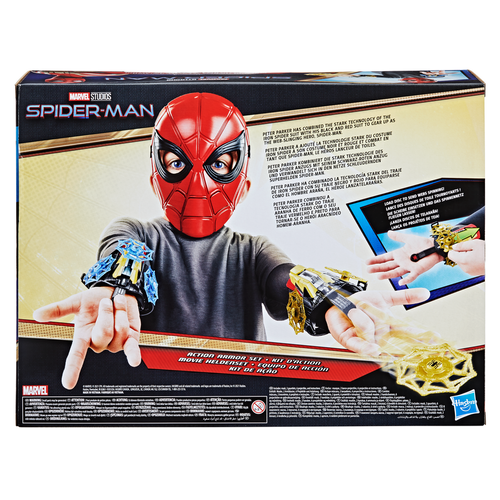 Peter Parker has combined the Stark technology of the Iron Spider suit with his black and red suit to gear up as the web-slinging hero, Spider-Man.

Kids can imagine defending the world like a Super Hero with this Spider-Man Action Armor Set inspired by the Marvel Cinematic Universe that includes the newest Spider-Man movie. Slide the wrist-mounted web gauntlets on and blast the included web projectiles. Simply press a lever that releases a web projectile, so kids can imagine they are Spider-Man. Then suit up with the included Spider-Man mask. Young heroes-in-training will have fun imagining they are protecting the world from evildoers!

Ages 5 and up CAUTION: Do not swing, poke or jab at people or animals. WARNING: CHOKING HAZARD – Small parts may be generated. Not for children under 3 years.

back in stock notification