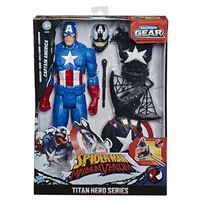 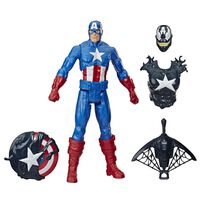 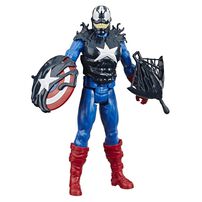 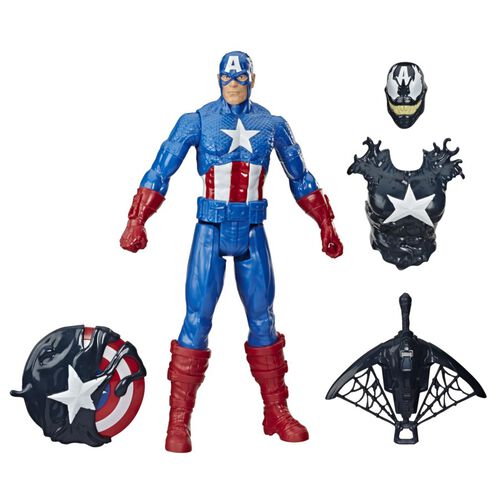 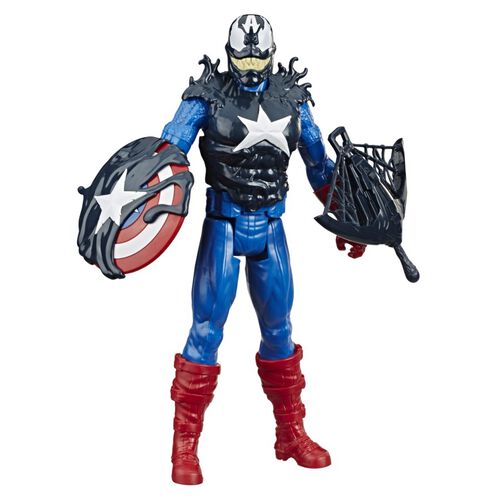 When the Venom Symbiote attaches to Captain America, he gains extreme new powers.
Spider-Man Maximum Venom characters are now in 12-inch form with these Titan Hero Series figures! Figures feature classic design with a Venomized twist. Imagine vile villains and courageous heroes battling through the city in the world of Maximum Venom with these figures from the Titan Hero Series!
Titan Hero Blast Gear launcher sold with some Titan Hero Blast Gear figures. Each sold separately. Subject to availability.