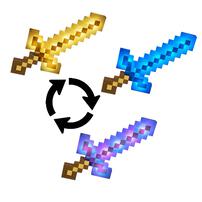 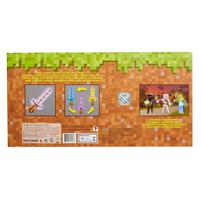 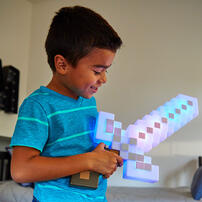 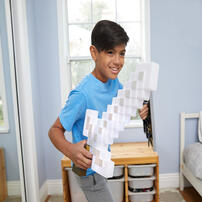 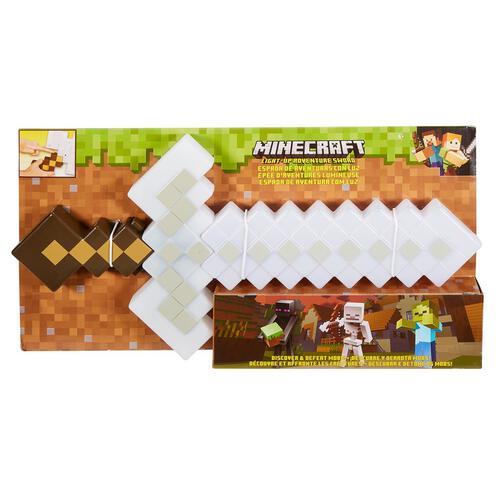 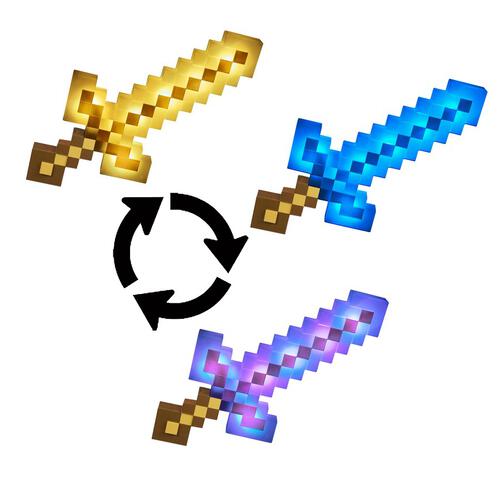 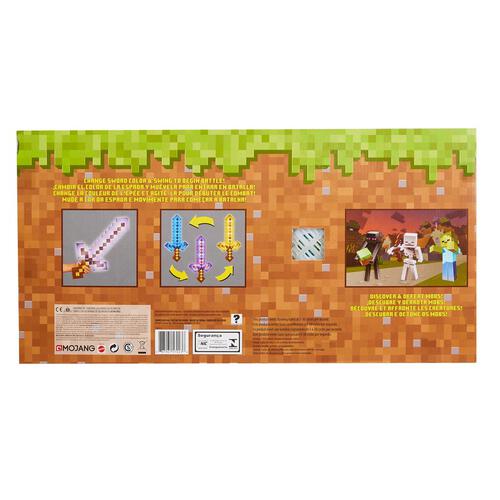 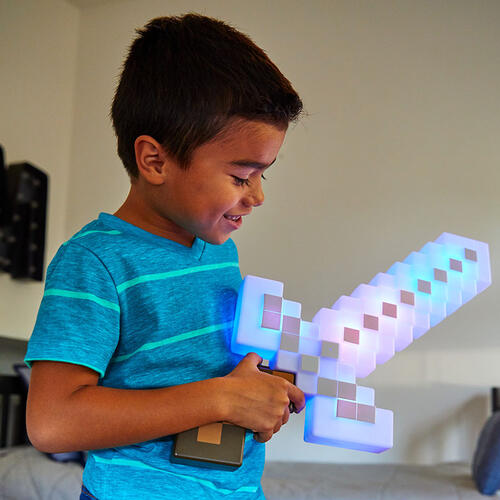 The Minecraft Light-Up Adventure Sword is a thrilling action toy that emits light colors and sounds authentic to the Minecraft game. Two buttons in the handle allow you to control sounds and light as you play. To select the color of the sword’s light, hold either button for 2 seconds to change your sword to Iron (white), Gold (yellow), Diamond (blue), or Enchanted (purple) color. Then, press either button to hear “whoosh” and “clang” sounds as you wave the sword to fend off both neutral and hostile mobs (Zombie, Skeleton, Enderman, or Ender Dragon). You’ll know if you have encountered a neutral mob when the light turns to green—or a hostile mob if the light turns to red. If you encounter a hostile mob, rapidly press either button to defeat it! This interactive large-scale sword feels substantial to hold and makes a fantastic gift for Minecraft fans. It’s a thrilling toy that offers multiple ways to play and is authentic to the world of Minecraft! Colors and decorations may vary.