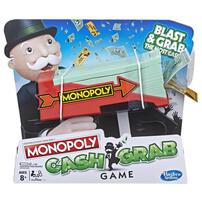 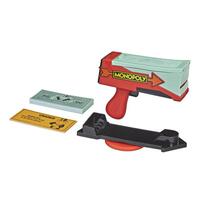 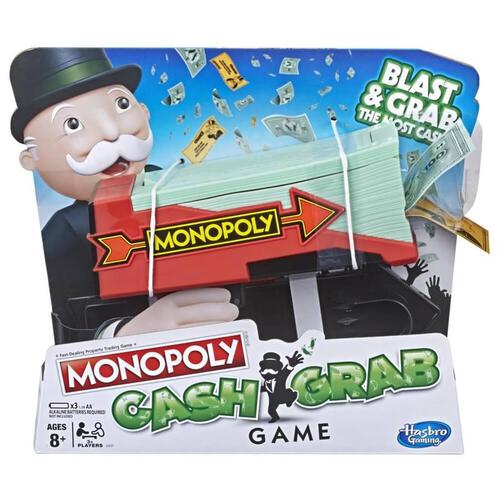 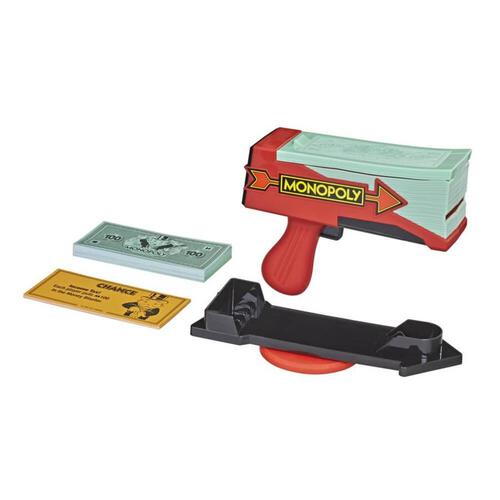 Get ready for loads of fun with this "off the board" Monopoly game! Load the Monopoly Money into the Money Blaster (aka the Bank), and blast cash and Chance cards into the air. Everyone rushes to grab as much cash as they can. Collect Chance cards that add more strategy to the game and help players get more money. Once the blaster is empty, the player with the most cash wins!
• Includes money blaster, blaster spinner, 100 Monopoly Money bills, 25 Chance cards, and game guide.
• For 3 or more players