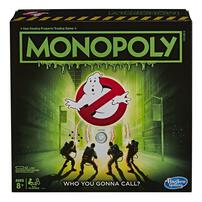 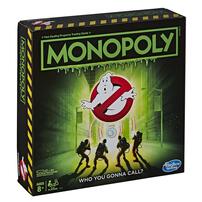 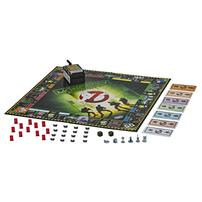 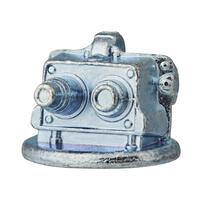 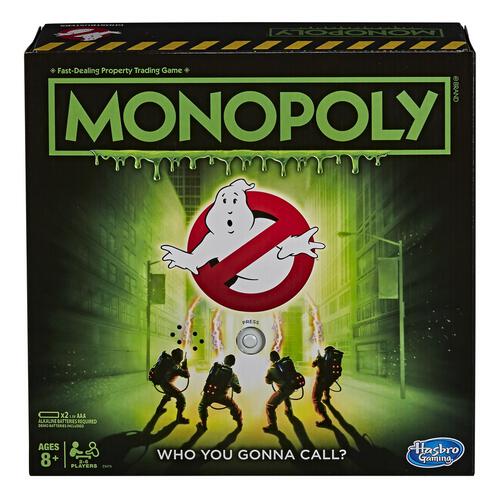 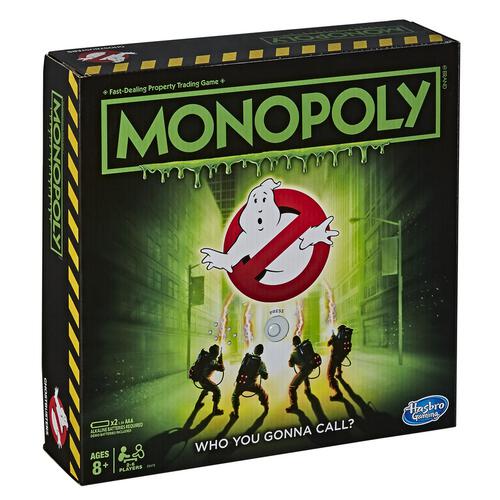 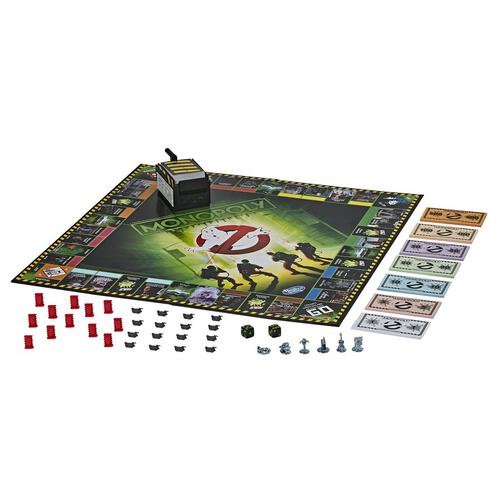 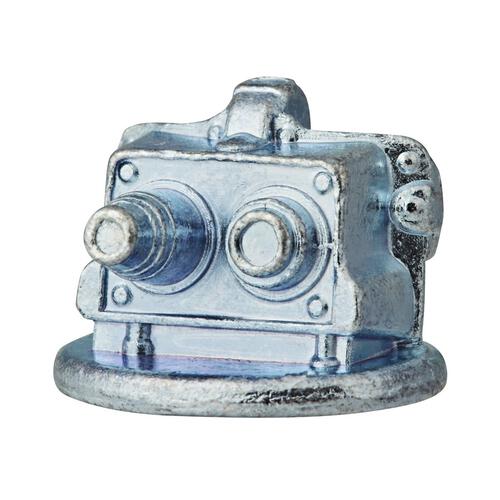 In this Monopoly Board Game: Ghostbusters Edition, players travel around the board buying up Ghostbusting contracts. The game features scenes, characters, tokens, and artwork inspired by the original Ghostbuster movie. Landing on a Supernatural Entity space has players teaming up to battle Slimer, Stay Puft, Library Ghost, or Vinz Clortho to save the city! The last player with petty cash when all other players have gone bankrupt wins!

• MONOPOLY GAME: GHOSTBUSTERS EDITION: There's something strange in the neighborhood and you got the call! This game features artwork, tokens, and themes based on the original Ghostbusters movie
• WIN GHOSTBUSTING CONTRACTS: Players imagine traveling through New York City trying to win Ghostbusting contracts. Team up to battle Slimer, Stay Puft, and other supernatural entities to save the city
• ROAMING VAPOR CARDS: This edition of The Monopoly game features Roaming Vapor cards, and ECTO-1 and Supernatural Entity spaces on the gameboard
• GHOST TRAPS AND CONTAINMENT UNITS: Got a color set? Start adding Ghost Traps, then eventually upgrade and buy Containment Units