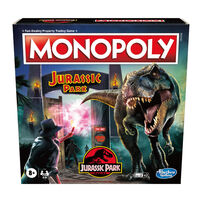 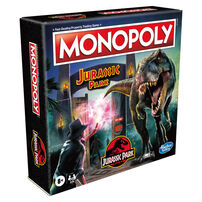 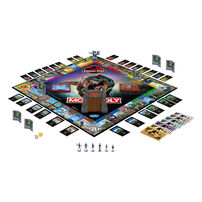 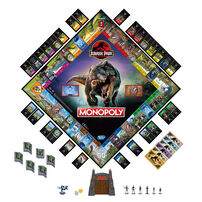 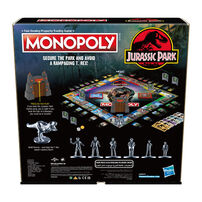 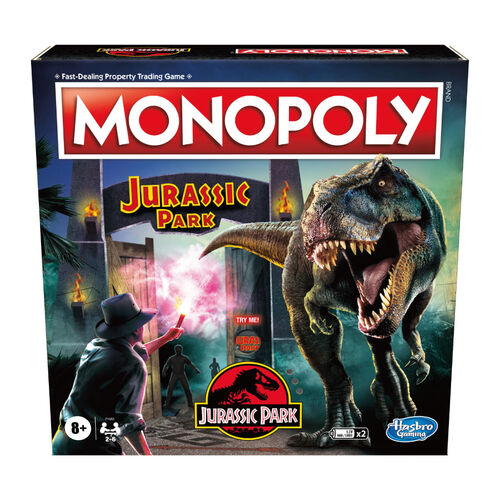 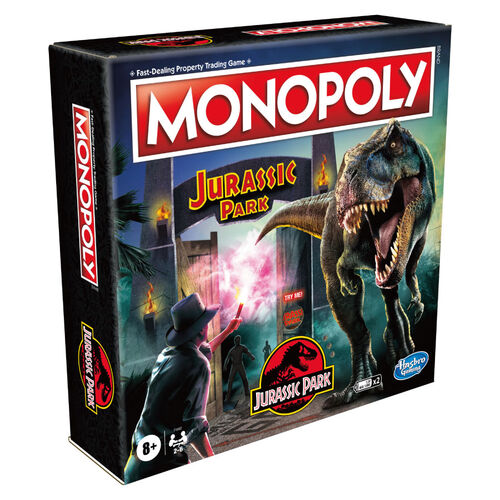 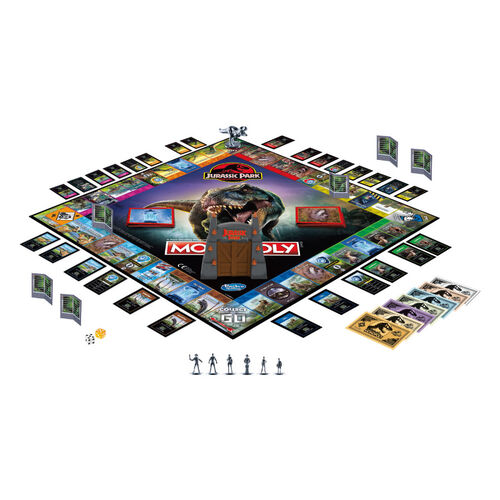 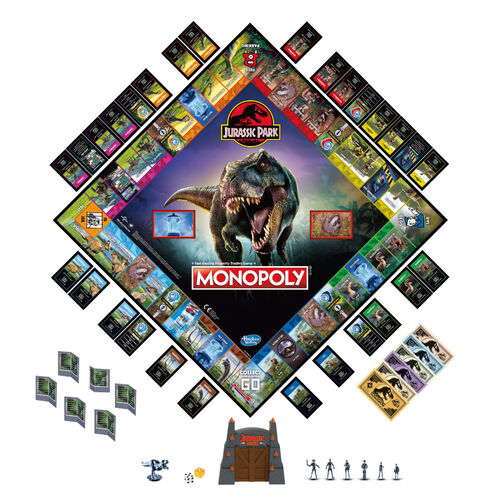 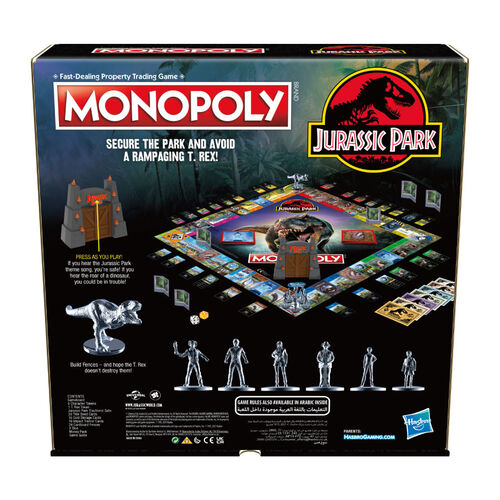 Secure dinosaur paddocks and other areas but beware of the T. Rex; it doesn't follow rules! Build fences to protect paddocks from the attack and earn money by charging rent, but prepare for damaged property. Activate the gate to hear the Jurassic Park movie theme song or a dinosaur roar, which will determine how much money to collect. The last player with money when all others have gone bankrupt wins. The game also ends if the T. Rex damages all properties before they can be protected with fences or repaired. Then everyone loses! The Monopoly: Jurassic Park Edition game is for kids ages 8 and up.