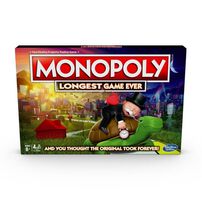 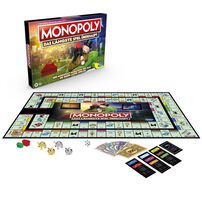 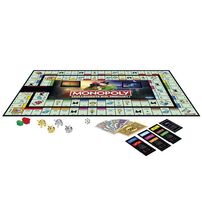 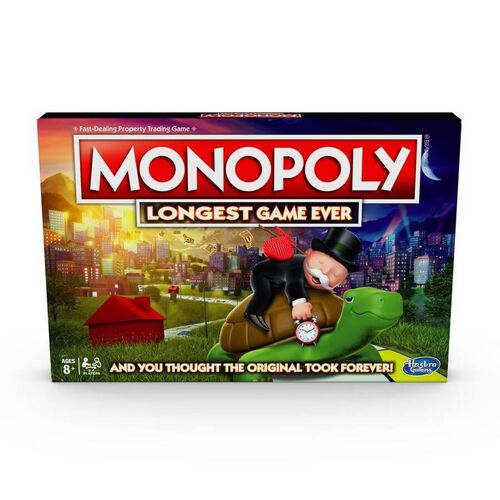 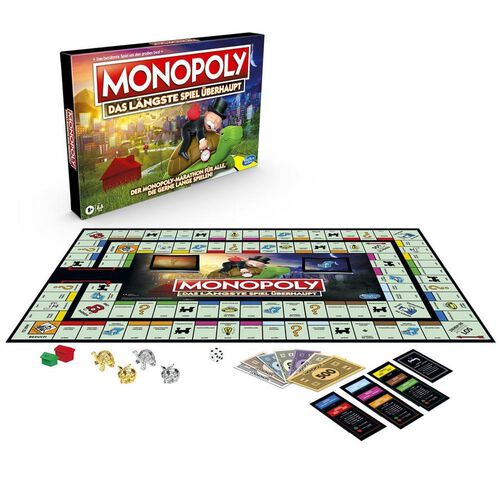 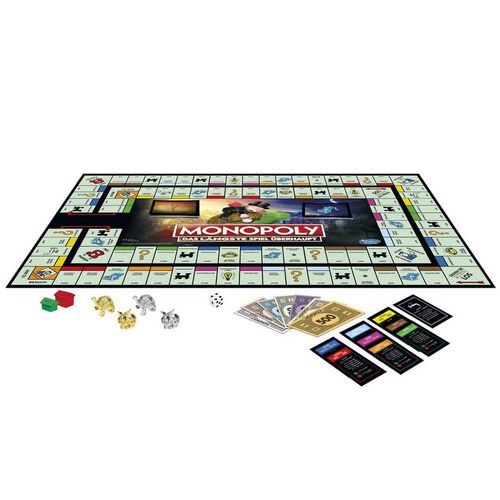 Monopoly Longest Game Ever Board Game

0.0 (0)
ages: 8+ years
RM119.90
DELIVERY NOTICE
share
The link to Monopoly Longest Game Ever Board Game has been copied

Monopoly Longest Game Ever Board Game

Think classic Monopoly takes a long time to play? Say hello to this edition! Featuring tortoise and hare tokens, and the longest Monopoly game board ever with multiple...and multiple (and multiple) properties, this is the longest version of the Monopoly game. A few different features in gameplay help make the game last longer such as no auctions allowed, and players get cash for landing on Free Parking. Run out of money? Just rip the bills in half along the dotted line. So pack a lunch, bring a change of clothes, and get ready to make it through Monopoly The Longest Game Ever!

The Hasbro, Hasbro Gaming, Parker Brothers, and Monopoly names and logos, the distinctive design of the gameboard, the four corner squares, the Mr. Monopoly name and character, as well as each of the distinctive elements of the board and playing pieces are trademarks of Hasbro for its property trading game and game equipment.

KEEP ON PLAYIN': Think the original Monopoly game takes forever to play? It's got nothing over this edition of the Monopoly game! Longest…Monopoly game…ever

LONGER GAMEPLAY: Even bankruptcy won't get a player out of this Monopoly game! The game doesn't end until someone owns every single property -- and there are 3 versions of each in this board game

EXTRA LONG GAMEBOARD: Believe us when we say it's long. It has 66 properties. And there is only one die; no more doubles. So sit back and get ready for a long time to get around the board

FUN FAMILY GAME: Gather friends and family together to play (and play…and play…) this Monopoly board game. It ends when a player owns 16 streets, 4 railroads, 2 utilities, and all the properties
- Includes gameboard, 4 tokens, 22 Title Deed cards, 16 Chance cards, 16 Community Chest cards, 32 houses, 12 hotels, 1 die, money pack, and instructions.
- Ages 8 and up
- For 2 to 4 players.