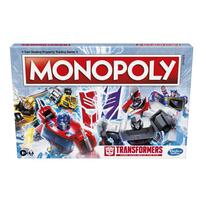 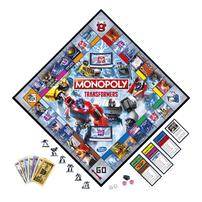 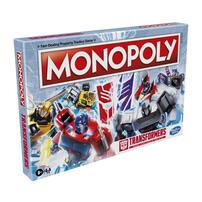 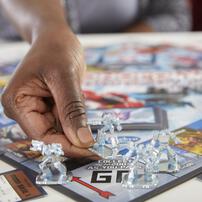 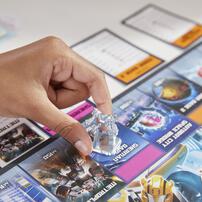 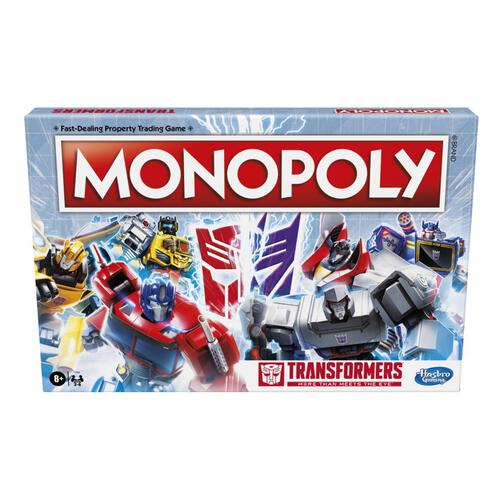 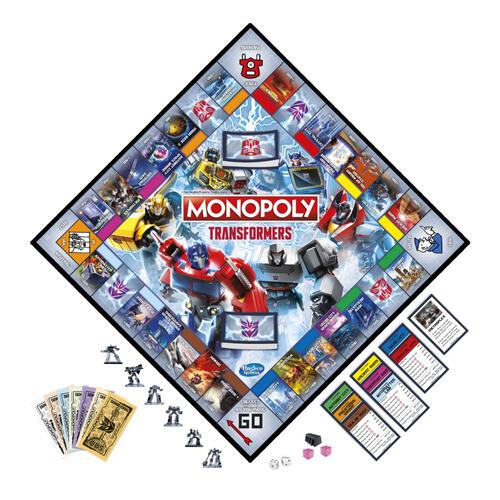 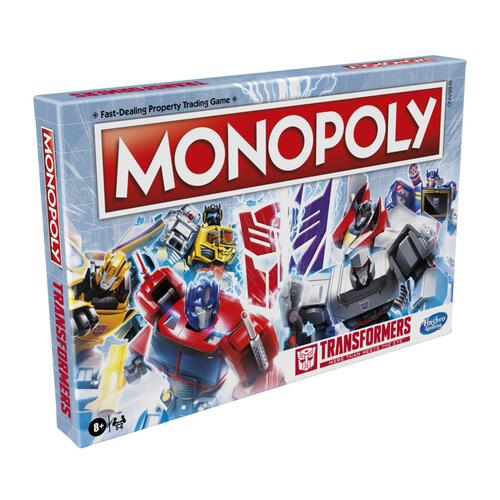 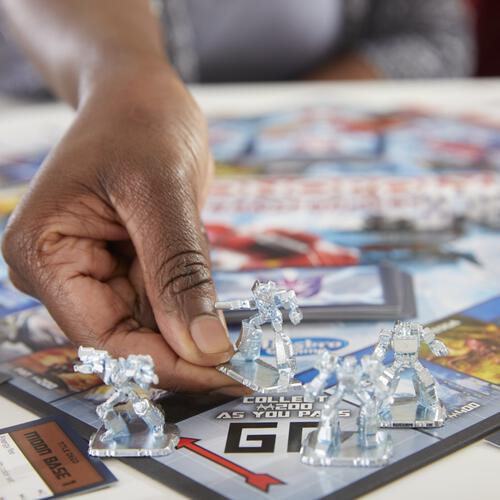 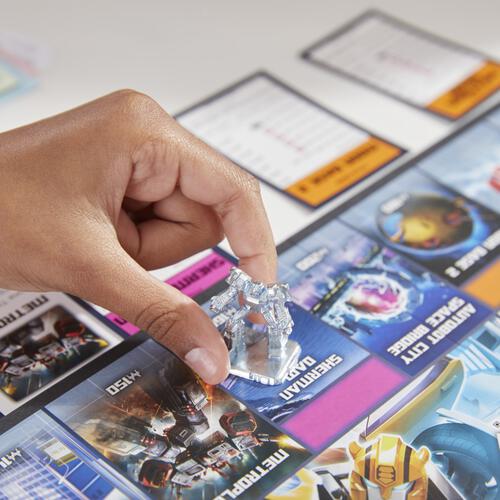 In this exciting twist on the Monopoly game, players enter the world of Transformers and imagine traveling between Earth and Cybertron as a heroic Autobot or evil Decepticon. Choose to play as Optimus Prime, Bumblebee, Grimlock, Megatron, Starscream, or Soundwave in a race to take control of energy-rich locations. Buy, sell, or swap properties, build up a supply of Energon cubes, and construct Energon bunkers. The last player with money when all other players have gone bankrupt wins! The Monopoly: Transformers Edition game is for kids ages 8 and up. (Tokens do not convert.)