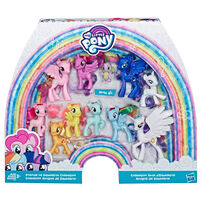 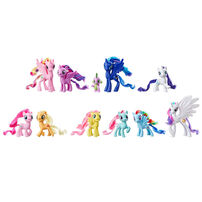 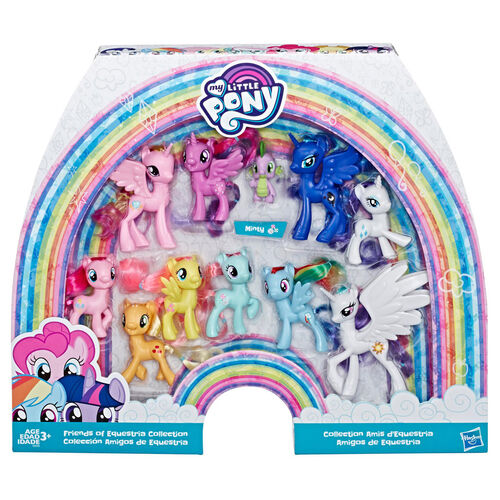 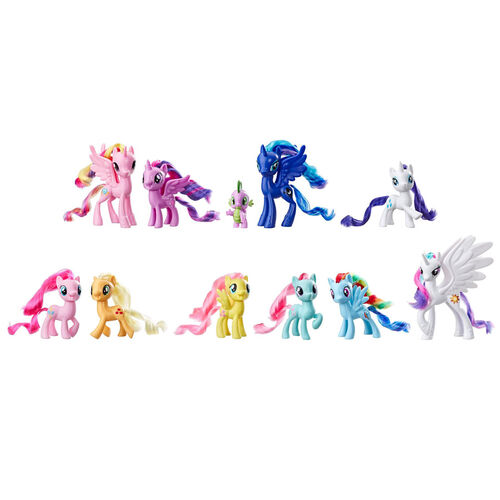 ages: 3+ years
RM199.90
share
The link to My Little Pony Friends of Equestria Collection 11 Figure has been copied

My Little Pony Toy Friends of Equestria 11 Figure Collection, For Kids Ages 3 Years Old and Up -- Featuring Minty Pony Figure
Imagine ponies across Equestria coming together to celebrate the magic of friendship! The Friends of Equestria Collection comes with 11 beloved characters from My Little Pony entertainment, including the My Little Pony: Friendship is Magic TV show. Pack features a fun collection of 3-inch scale alicorn, unicorn, Pegasus, and Earth pony figures: Twilight Sparkle, Princess Cadance, Princess Celestia, Princess Luna, Rarity, Rainbow Dash, Fluttershy, Applejack, and Pinkie Pie. Also includes Minty and Spike the Dragon figures! These pony figures have entertainment-inspired designs, including signature character cutie marks. Pony figures have long, rooted manes and tails that are soft and fun for kids to play with. This My Little Pony toy is for 3 year old girls and boys and up.