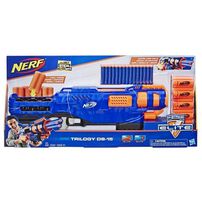 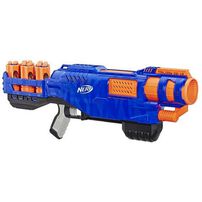 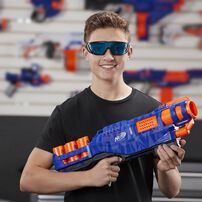 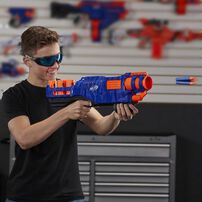 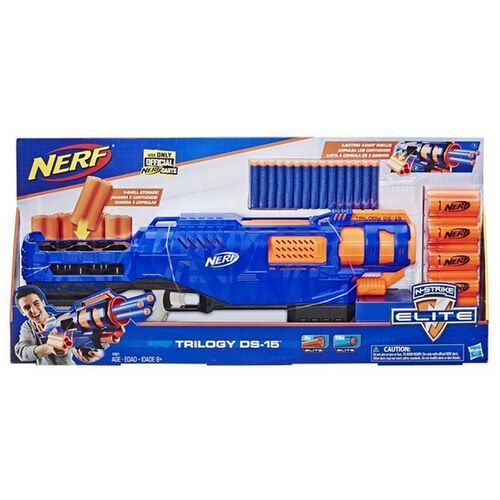 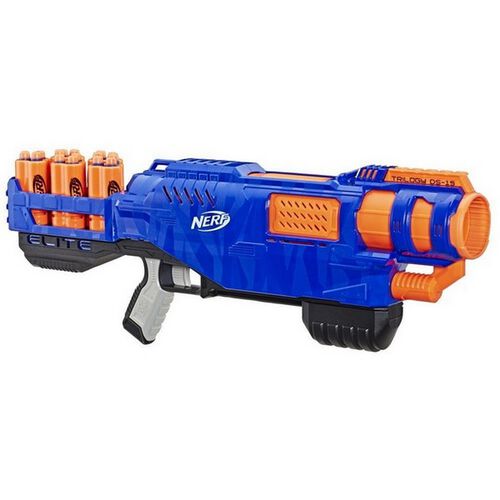 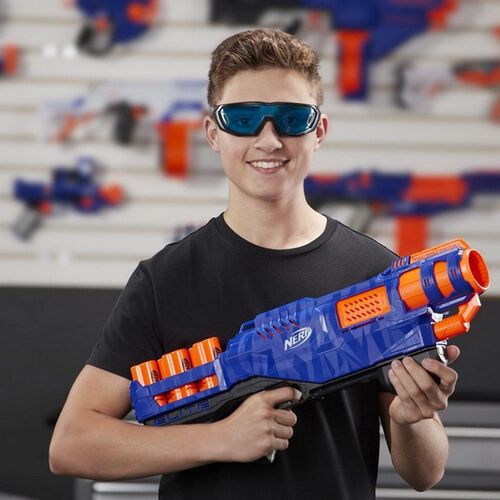 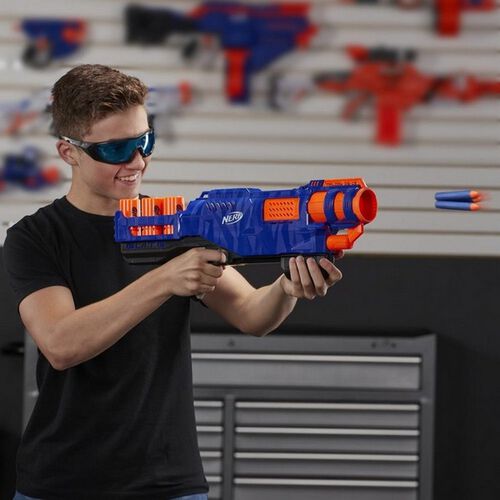 The Trilogy DS-15 toy blaster has ejecting shells to heat up your Nerf dart-blasting action! Unleash a triple-dart blast with this Nerf blaster that shoots 3 darts at once from each shell. When you prime to fire again, the spent shell automatically ejects from the blaster. This N-Strike Elite blaster holds 1 shell at a time and can store 5 shells in the stock for fast reloading. The blaster comes with 5 shells and 15 Official Nerf Elite darts, enough to fill all 5 shells. This pump-action blaster is powered by you – no batteries required. Load 3 darts into a shell, insert the full shell into the blaster, pull the handle back to prime, and press the trigger to fire. When you load another shell and pull back the priming handle, the empty shell pops out of the blaster! Official Nerf Elite darts are designed for distance, tested and approved for performance and quality, and constructed of foam with flexible, hollow tips.

• Imagine blasting into adventure like Captain Marvel: Gear up with the Photon Power FX Gauntlet to imagine blasting into intergalactic action like Captain Marvel
• SHELLS EJECT FROM BLASTER: Shell automatically ejects this pump-action Nerf blaster that holds 1 shell at a time
• COMES WITH 3 SHELLS AND 15 DARTS: This N-Strike Elite blaster includes 5 shells and 15 Official Nerf Elite darts
• LOAD DARTS, SHOOT SHELLS: Load 3 darts into 1 shell, load the shell into the blaster, and pull the trigger to fire
• SHELL STORAGE: The stock has storage for 5 shells to keep them ready for fast reloading during Nerf games