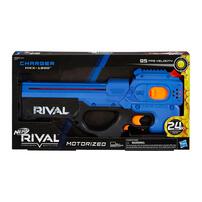 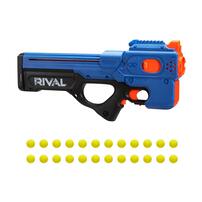 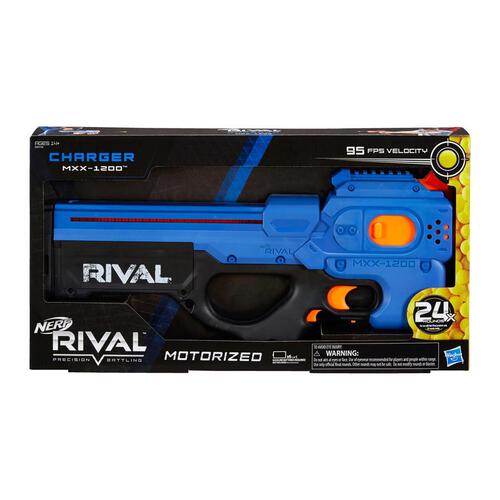 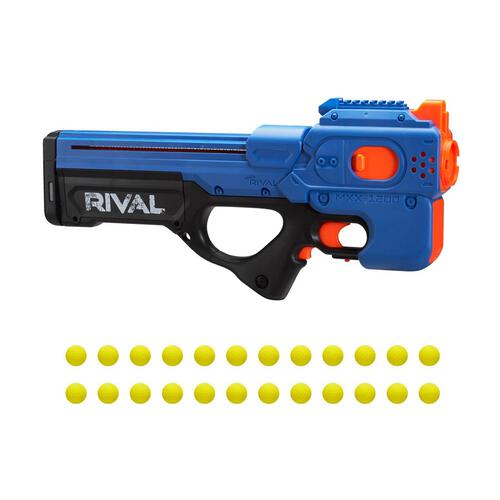 Experience intense head-to-head competition with the precision and power of Nerf Rival blasting. The motorized Charger MXX-1200 has a 12-round capacity so you can pound your opponents. Hold down the acceleration button and pull the trigger to fire 1 round up to 100 feet per second and take charge of the action. Fast, easy loading: move the slide to access the integrated magazine and load 12 rounds inside. This Team blue blaster includes 24 Official Nerf Rival rounds -- 12 to load into the blaster, and 12 backup rounds for reloads.

• Motorized Nerf Rival Blasting -- Power into Nerf Rival battles with the motorized Charger MXX-1200 blaster -- rev the motor and fire a dozen rounds in a row from this 12-round capacity blaster
• Includes 24 Rounds -- This fast-firing motorized blaster comes with 24 Nerf Rival rounds -- load 12 rounds into the blaster to take on challengers -- and you have 12 backup rounds for reloading
• 100 FPS -- Fire rounds at a velocity of 100 feet per second and overwhelm the opposing team with Nerf Rival precision and accuracy from this Team Blue blaster. Batteries required (not included)
• Batteries required (not included)

• a trigger lock to prevent accidental firing and a tactical rail to customize the blaster with Nerf Rival accessories (each sold separately). 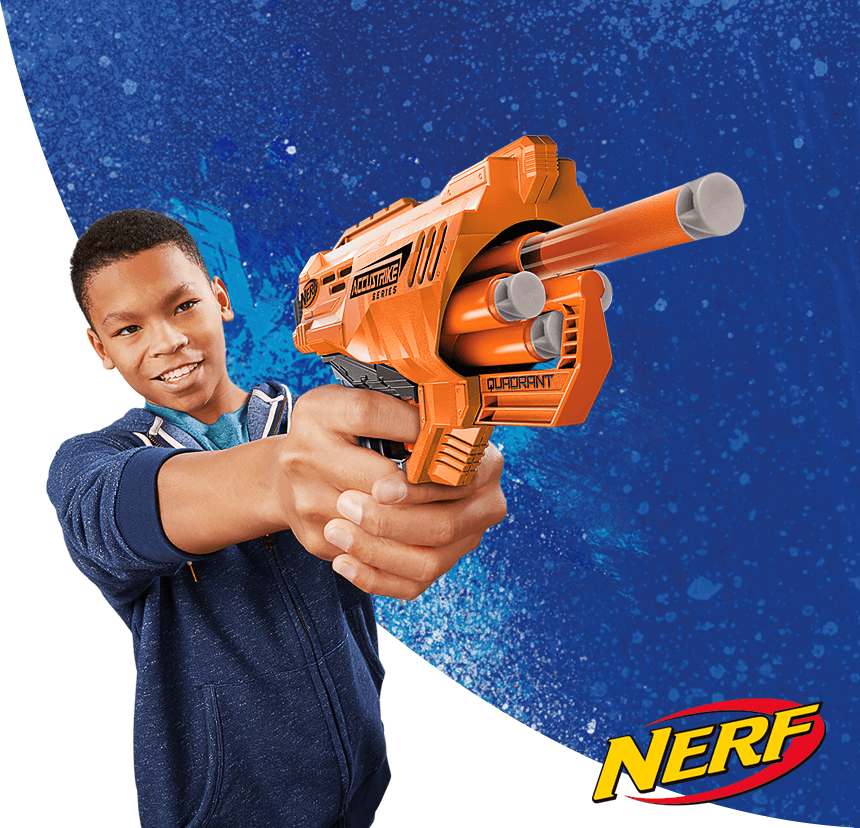