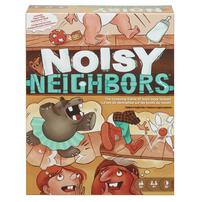 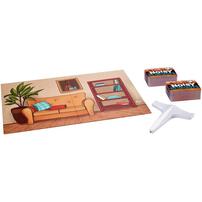 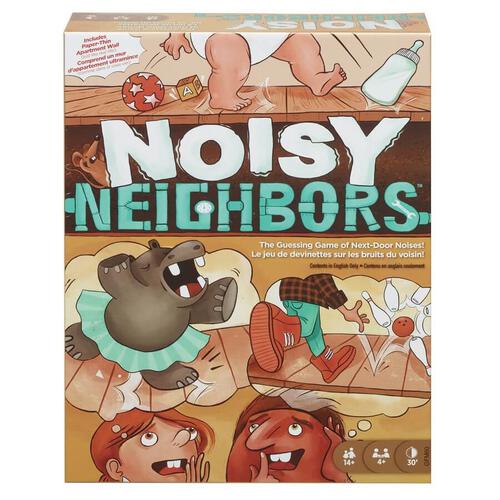 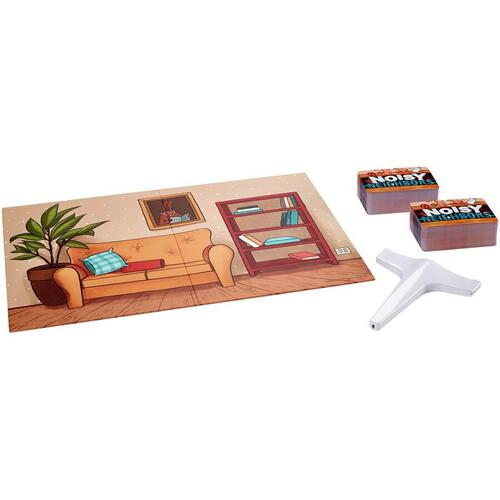 share
The link to Noisy Neighbours Game has been copied

This charades-style family game will challenge your acting skills with one major twist -- teammates can't see each other! Earn points for eavesdropping when you play Noisy Neighbors, the hilarious guessing game of next-door noises. Get ready for big laughs as you and your teammates act out clues using nothing but sound effects!

Each team consists of a Noisy Neighbor and a Guesser. To play, the Guesser holds up the included "wall" to hide the Noisy Neighbor from their view. The Noisy Neighbor draws a clue card and acts out whatever it says using their best sound effects. Get creative -- nothing is off-limits but words! When it's not your turn, it's just as much fun to watch and laugh at the other team's hilarious performance.

Guess more items that the opposing team, and you win! Noisy Neighbors is great for game night and can double as a party game -- for larger groups, try Team Party Play mode. Includes 224 clue cards, wall board and wall handle. For 13 year olds and up. Colors and decorations may vary.