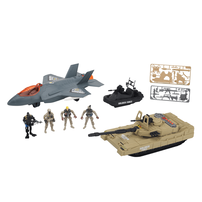 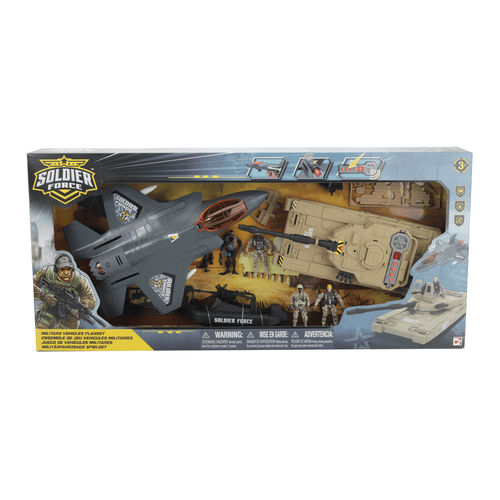 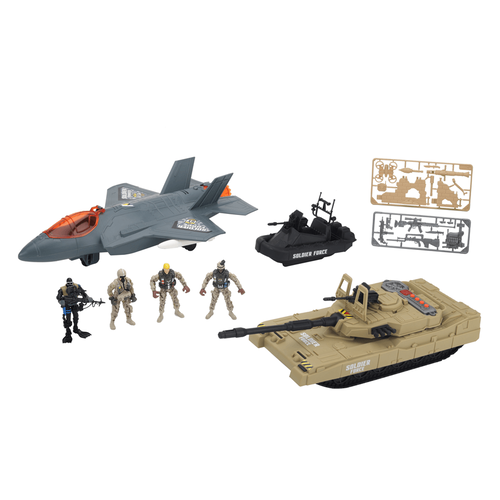 Whether on land, at sea or in the sky, the Soldier Force Mission Team is unbeatable! This multi-vehicle set lets you help the soldiers no matter where the battle rages. Raise the cockpit windshield of the aerial combat jet to place a figure inside. Use the handle beneath to pretend to fly, and manually move the wings as you soar over your opponent! You can also pop the cover on the ravager tank to fit a figure inside, and manually turn top to aim the cannon at enemy forces as you traverse the rugged terrain. The tank’s cannon and shields are also removable to take the fight to the ground. Press the buttons on the jet and tank for lights and battle sounds. Deploy the stealth battle raft when the conflict hits the water. Place a figure inside and aim the gun turrets at the approaching enemy. With these vehicles and soldiers, you’ve got the battle covered! Includes four Soldier Force action figures