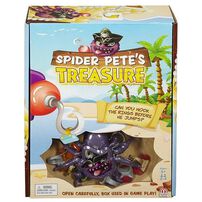 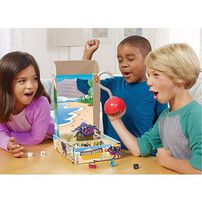 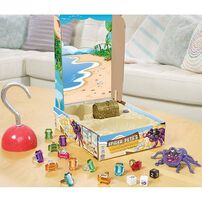 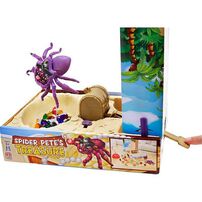 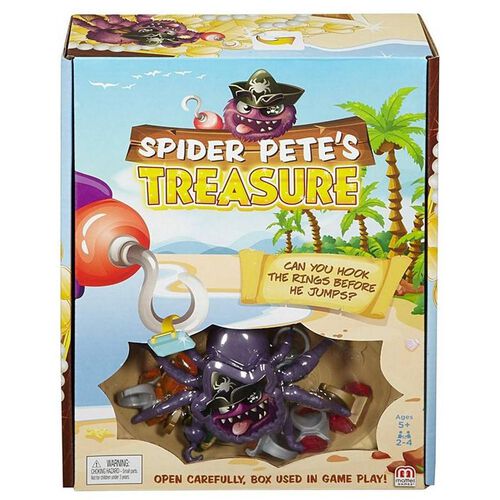 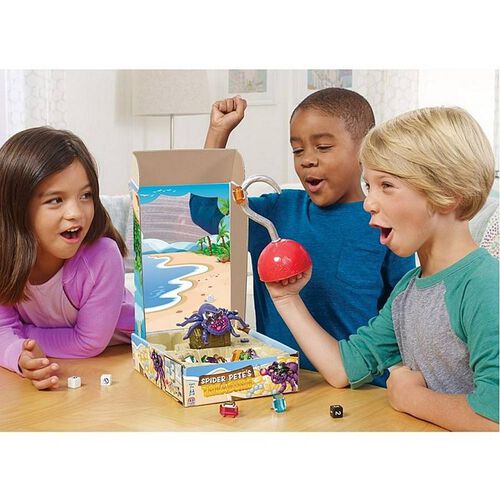 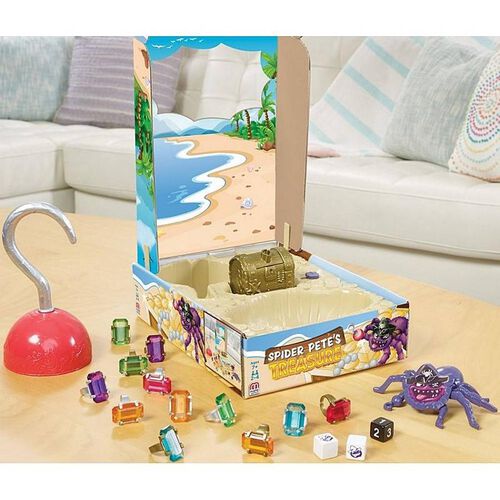 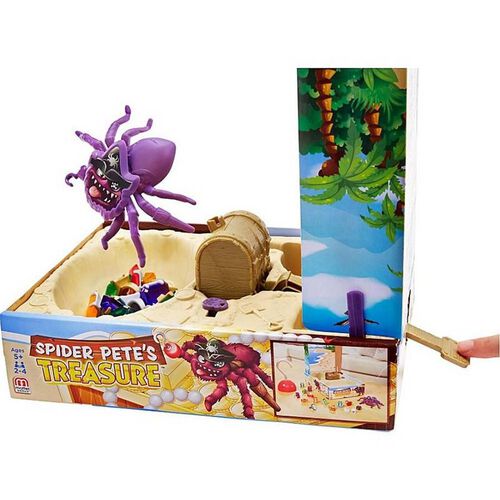 Ahoy! It's pirate vs. pirate in this game of speed, coordination, and luck. Spider Pete is a jumping spider pirate, a real scallywag who fiercely guards the treasure he stole, so when you’re the pirate trying to steal it back, you’ll have to move fast! A roll of the die tells you how many rings to steal, and if you can nab them before Spider Pete jumps — you get to keep the booty. But if not, the treasure goes back in the sand and under Spider Pete's protective watch. While you're trying to hook the jewels, your opponent is rolling dice to try to make Spider Pete attack. Will you be able to reclaim the treasure before he pounces? Use the crazy rotating pirate's hook to fish out the gems before Spider Pete can keep you from pillaging the loot! Players take turns, and the first buccaneer to steal 5 rings wins! A great skill and action game for 2-4 players. Fully portable packaging with custom compartments makes the "clean up" as easy as the set up. Blimey!