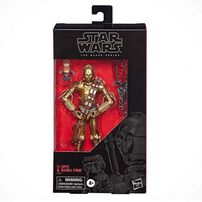 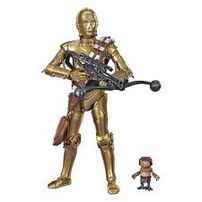 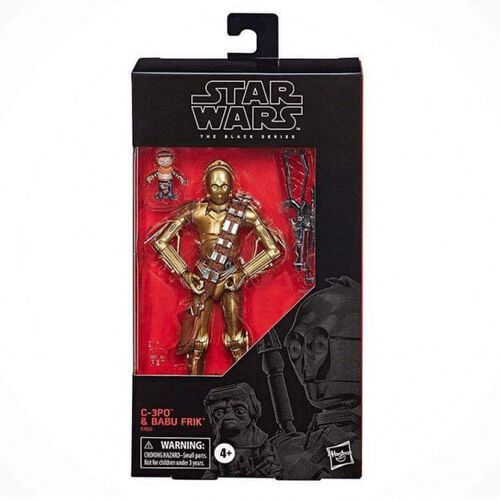 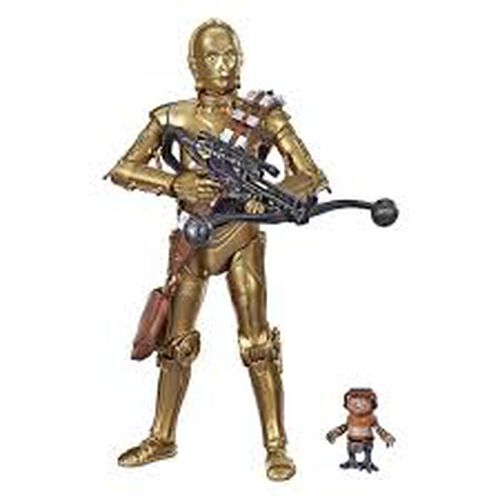 C-3PO ‘s service to the Resistance keeps him on the frontlines of galactic warfare! Droidsmith Babu Frik can modify virtually any droid! Kids and collectors alike can imagine the biggest battles and missions in the Star Wars saga with figures from Star Wars The Black Series! With exquisite features and decoration, this series embodies the quality and realism that Star Wars devotees love. Star Wars The Black Series includes figures, vehicles, and roleplay items from the 40-plus-year legacy of the Star Wars Galaxy, including comics, movies, and animated series. (Additional products each sold separately. Subject to availability.) The 6-inch scale Black Series C-3PO and Babu Frik toy action figures are detailed to look like the characters from Star Wars: The Rise of Skywalker, featuring premium detail and multiple points of articulation. May the Force be with you!

• C-3PO AND BABU FRIK: C-3PO ‘s continued service to the Resistance keeps him on the frontlines of galactic warfare! A tiny, well-regarded droidsmith, Babu Frik can modify virtually any droid, regardless of the security measure protecting its systems
• ICONIC STAR WARS FIGURES: This 6-inch scale action figure 2-pack features iconic Star Wars characters C-3PO and Babu Frik inspired by the Star Wars: The Rise of Skywalker movie
• STAR WARS: THE RISE OF SKYWALKER: Fans and collectors can imagine scenes from the Star Wars Galaxy with premium toy action figures, inspired by the Star Wars: The Rise of Skywalker movie
• PREMIUM ARTICULATION AND DETAILING: Star Wars fans and collectors can display the highly poseable (4 fully articulated limbs) figures, featuring premium deco, in their action figure and vehicle collection
• LOOK FOR OTHER FIGURES FROM A GALAXY FAR, FAR AWAY: Look for other movie- and entertainment-inspired Star Wars The Black Series figures (Each sold separately. Subject to availability)