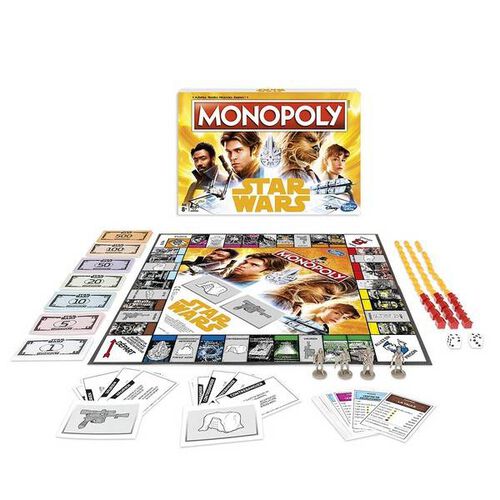 Enter a world of smugglers and adventure! Explore the galaxy with Han Solo and his group of fellow scoundrels in this Solo: A Star Wars Story Monopoly game. Journey from the Battlefield to the Spice Mines and beyond. Take control of the Millennium Falcon and make it through the Kessel Run. Players aim to buy as many Star Wars Locations, Vehicles, and Power Sources as possible and take risks with the Smuggler and Scoundrel cards. The last player with money left when all other players have gone bankrupt wins!