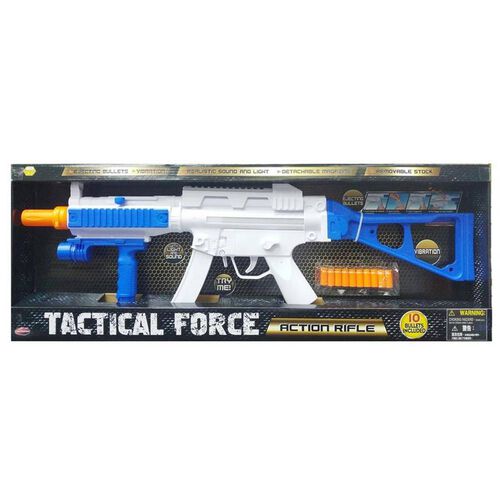 The Tactical Force blasters with ejecting bullets features realistic sounds and movement that will make kids feel like they are in a real shoot-out. It comes equipped with a working flashlight and a detachable magazine, as well as ejecting shells and a removable stock. Included are 10 bullets.