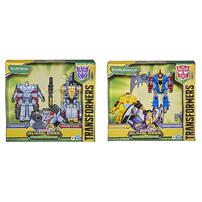 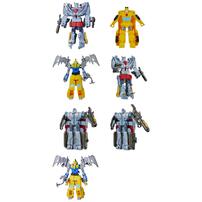 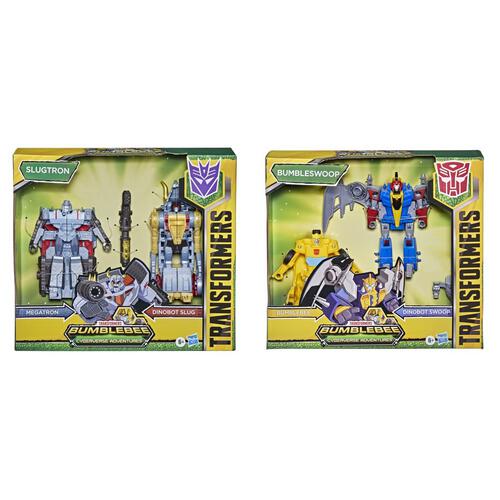 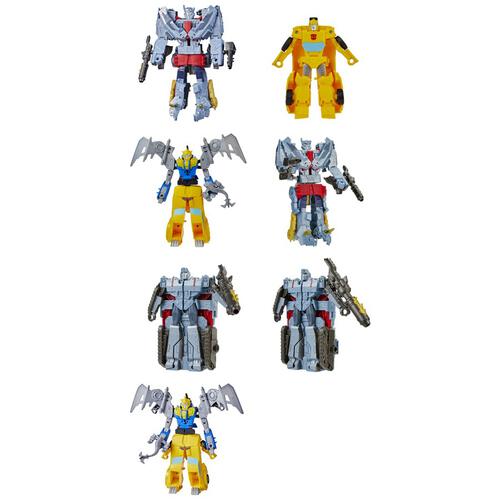 "The battle between heroic Autobots and evil Decepticons continues on the Bumblebee Cyberverse Adventures animated series! As a powerful new threat targets Cybertron, it is up to Grimlock and his new friends, the Dinobots, to unite and save the planet! Discover the unique powers and skills of each Cyberverse character, and see how those powers will be used to defend Cybertron… or threaten it. Create the ultimate Dinobot team-up with Dino Combiners figures! These packs come with 2 figures that combine to form a 7-inch toy! Combine the figures in a few steps. Both figures convert from robot to alt mode.

Comes with a weapon accessory.

Collect other Dino Combiners figures and combine to form other 2-bot combinations (each sold separately, subject to availability)."