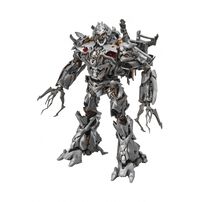 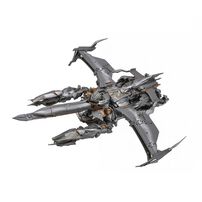 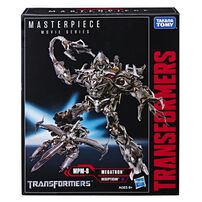 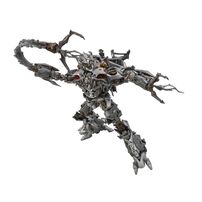 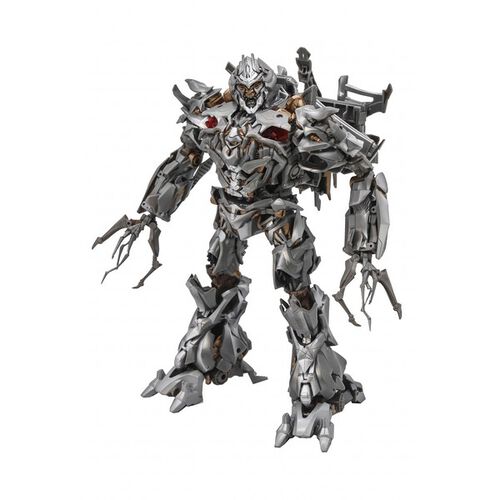 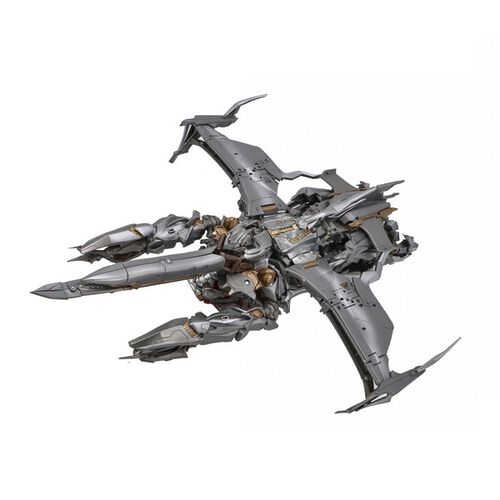 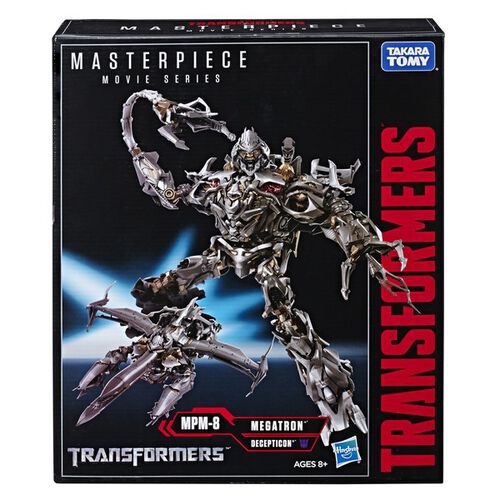 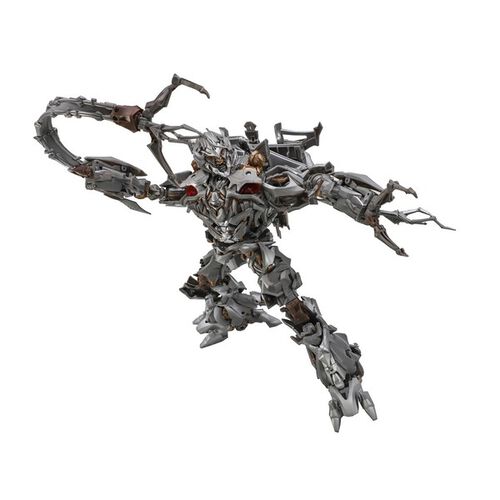 As the battle between the Autobots and the Decepticons rages in the streets of Chicago, Megatron blasts his way through, leaving fiery destruction in his wake. The merciless Decepticon uses his sleek Cybertronian jet mode to tear through the skies, dragging along the Autobot Jazz, then uses his massive robot form to tear the bold Autobot in two.
Use the Megatron MPM-8 and Autobot Jazz MPM-9 figures to reimagine the iconic Movie 1 moment when Megatron rips Jazz in two. (MPM-9 sold separately. Subject to availability).
Masterpiece Movie Series Megatron MPM-8 figure is perfect authentic figure for fans and collectors alike, with features inspired by the explosive 2007 Transformers live action movie. The figure showcases the merciless Decepticon leader with impressive attention to detail. Imagine unleashing Megatron action with articulated hands and mouth, die cast detailing, and Fusion Cannon, chain whip and Allspark Cube accessories. Converts from robot to Cybertronian jet mode in 50 steps.

Toys"R"Us Malaysia only delivers within Malaysia. We are unable to deliver to PO Boxes, Parcel Lockers or Post Offices. We do accept orders from outside of Malaysia for local delivery.
Our return policy covers all regular priced items and is valid for 14 days from date of purchase or 21 days from date of purchase for Star Card Members* from the date of receipt. Refunds and exchange is strictly not allowed beyond the stipulated time period. Returns are only accepted for defective items or items grossly misrepresented in product listings. To be eligible for a return, your item must be unused and in its original condition, with original tags and/or packaging intact. Several types of goods are excluded from our return policy due to hygiene reasons, including but not limited to inner wear, baby products, teethers, consumables etc. All clearance items may not come in mint condition and are strictly non-refundable. Blind packs goods sold are strictly non-returnable or exchangeable. Bonus Items in the event of product return, the redeemed bonus item must be returned in original unopened packaging along with the purchased product. Used and damaged items due to wear and tear are strictly non-exchangeable and non-refundable - there are no exceptions to this. If you meet the above criteria you may apply for an exchange or refund. All exchanges or refunds can only be done at Toys”R”Us stores. Toys”R”Us reserves the right to refuse any exchange or refund if the requirements are not met. In case of dispute, Toys”R”Us will have the right to make the final decision with no exceptions.