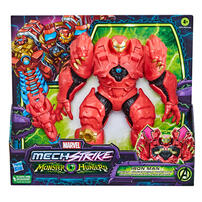 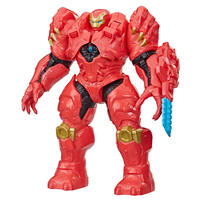 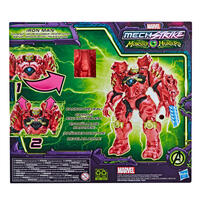 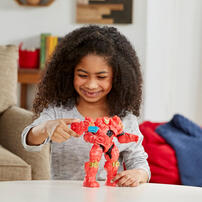 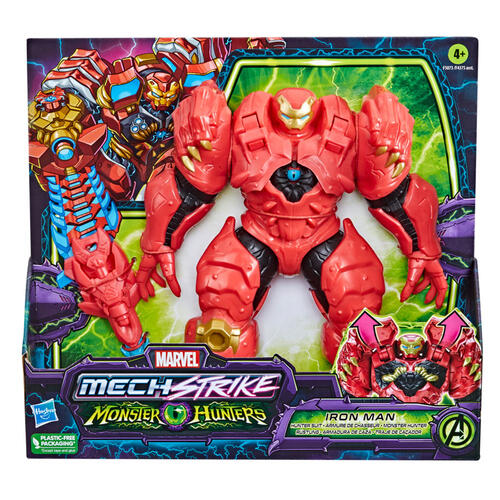 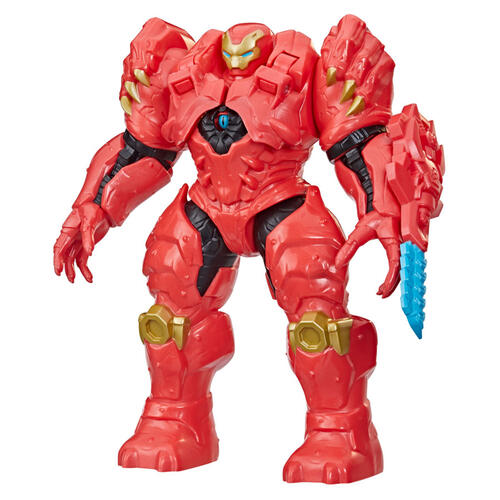 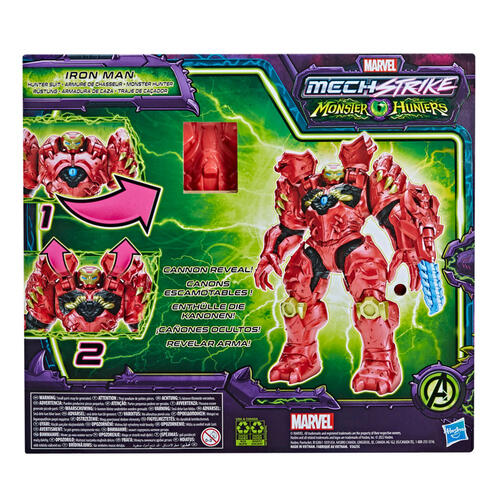 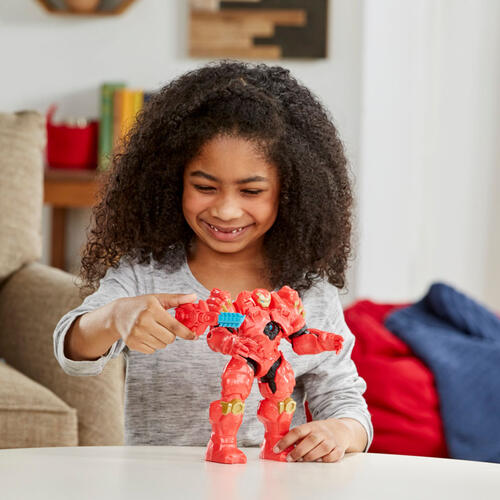 Tony Stark and Dr. Strange use science and magic to upgrade the Avengers’ armor so they can battle Doctor Doom and his monster-ized villains! Kids ages 4 and up can imagine charging into monster-sized action and adventure with Marvel Avengers Mech Strike Monster Hunters action figures! Inspired by the Marvel Universe, these 8-inch-scale Monster Hunters toys feature classic-inspired design and detail with a monster-ized twist. Boys and girls will love pretending to battle monstrous versions of Marvel villains with battle-ready, monster-ized versions of favorite Marvel Super Heroes! Hunt down superpowered monster fun! This 8-inch-scale Avengers Mech Strike Monster Hunters deluxe action figure is detailed to look like the Iron Man character from the Marvel Universe, featuring monster-ized design and detail, multiple points of articulation for poseable fun, and hidden cannon-reveal action. 2022 MARVEL. Hasbro and all related terms are trademarks of Hasbro.

WARNING: Small parts may be generated. Not for children under 3 years.