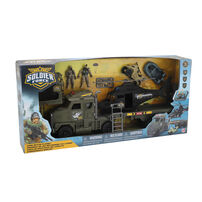 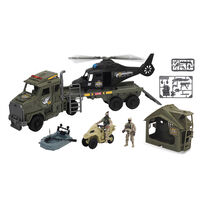 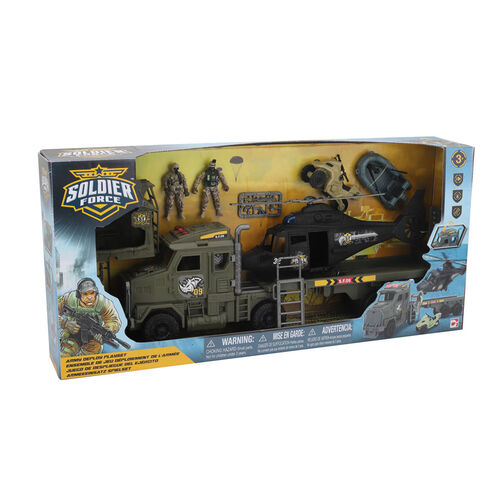 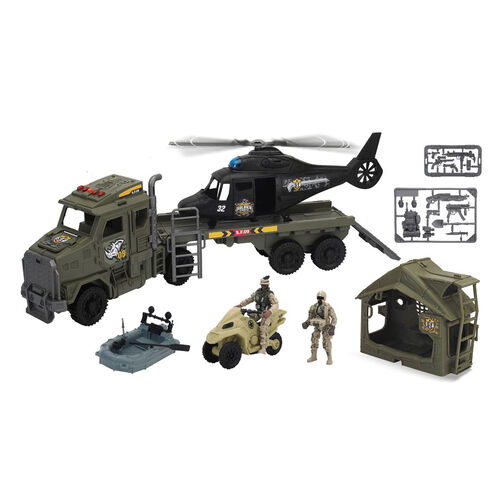 When the battle calls for quick deployment of all available troops, you’re ready to take on anything with this playset. The free-wheeling NSTV tactical vehicle features a flatbed to transport a rescue chopper, SOS raft, and mission cycle. Roll the vehicles down the ramp and get ready for action. The two included Soldier Force action figures fit inside the tactical vehicle, chopper, and raft, and can also ride atop the cycle. Spin the propeller on the chopper and take off on a mission. Roll the free-wheeling cycle through the terrain to infiltrate enemy territory. There’s also a makeshift, portable fort you can set up anywhere to take cover and plan strategies. With this playset, you can defend the Soldier Force troops wherever you go! Includes poseable two action figures.

This toy products flashes that may trigger epilepsy in sensitised individuals.